After successfully getting through the Ukrainian border at 1:40am and filling up on some cheap Ukrainian fuel, we decided to get to Kiev (a 600km drive) as fast as possible. We took turns driving and sleeping. I was really lucky: my turn to drive came just as dawn broke. I drove several hours through a beatiful misty landscape, with low fog rolling over the yellow fields and green hills, driving straight towards the rising sun as the clouds turned from salmon to red and then to orange. It was absolutely breathtaking. Unfortunately I couldn’t make any pictures because I was driving, and Zsolt and Eslie were both sleeping.

At some point in the morning everyone was awake again. We got some coffee and hot dogs from a very friendly Ukrainian gas stop, and enjoyed the rest of the ride fooling around and having fun. 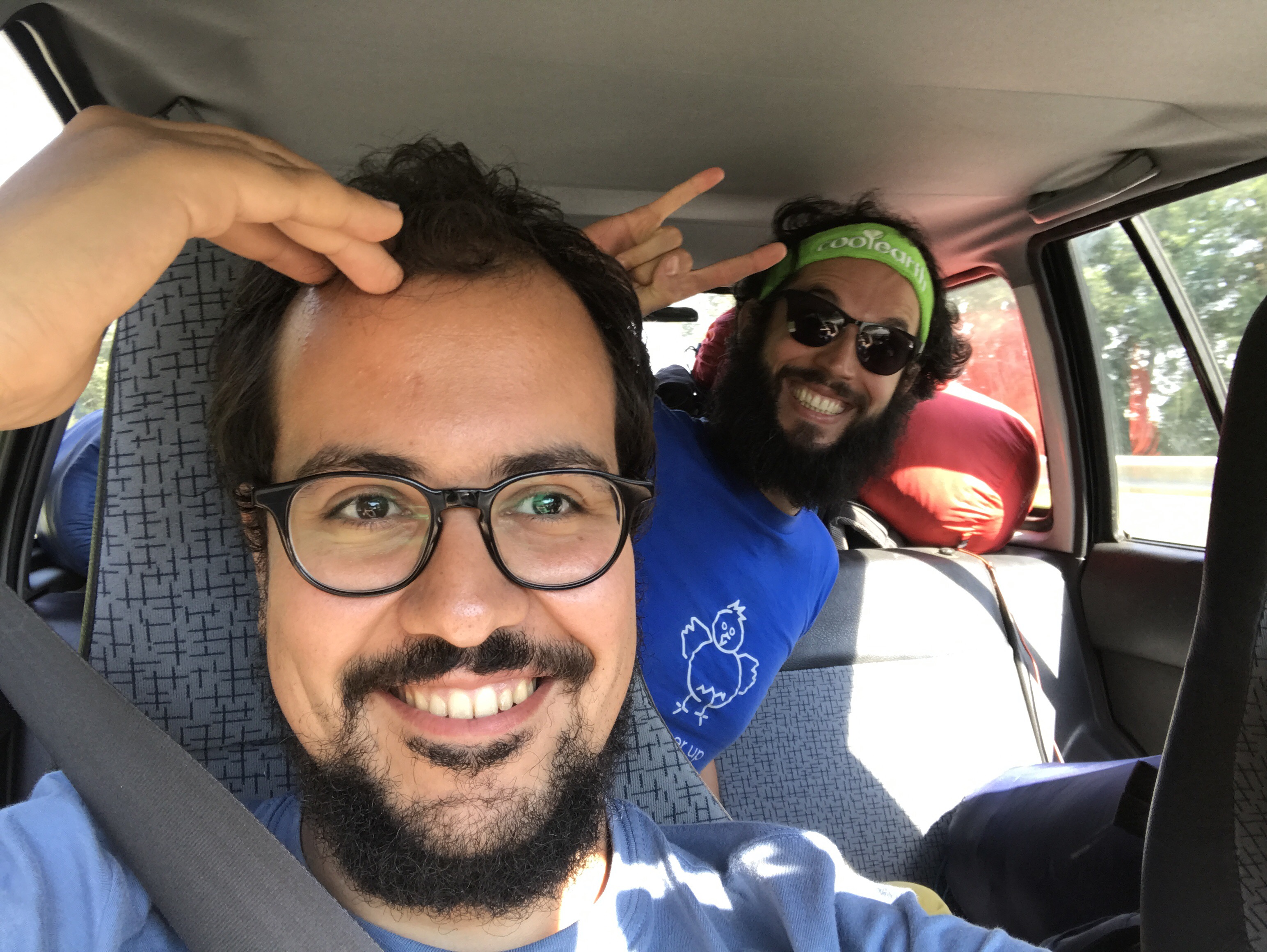 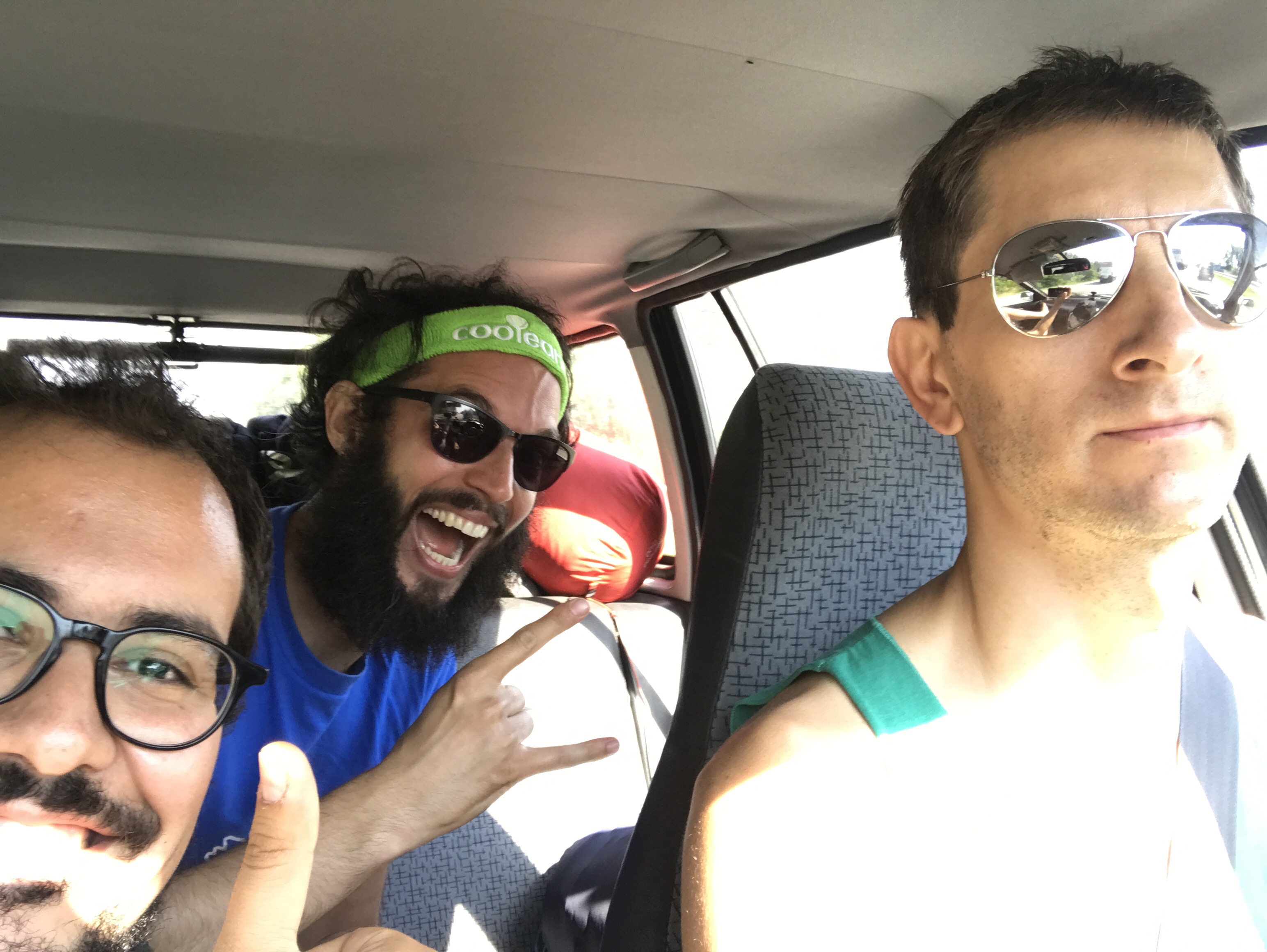 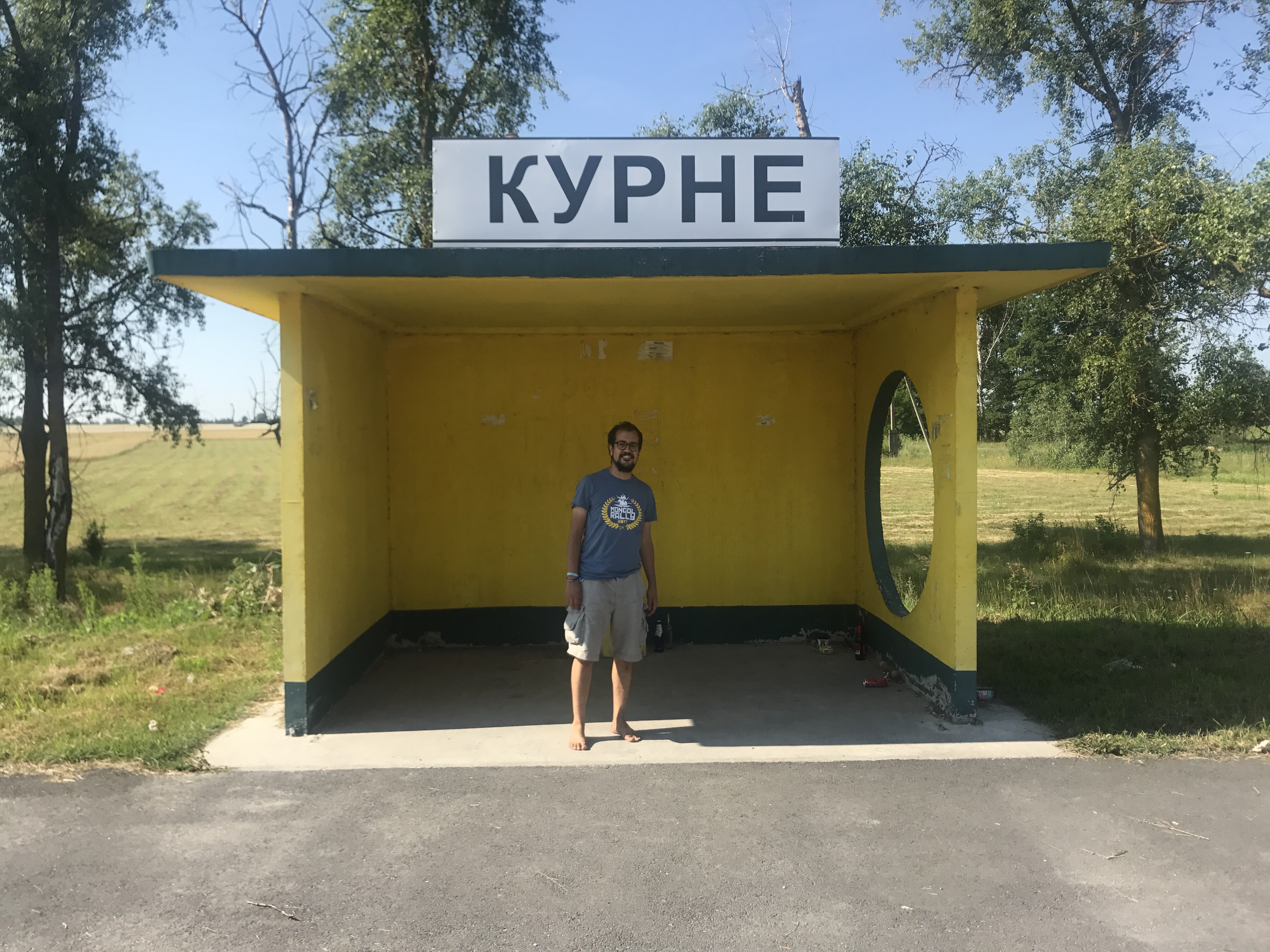 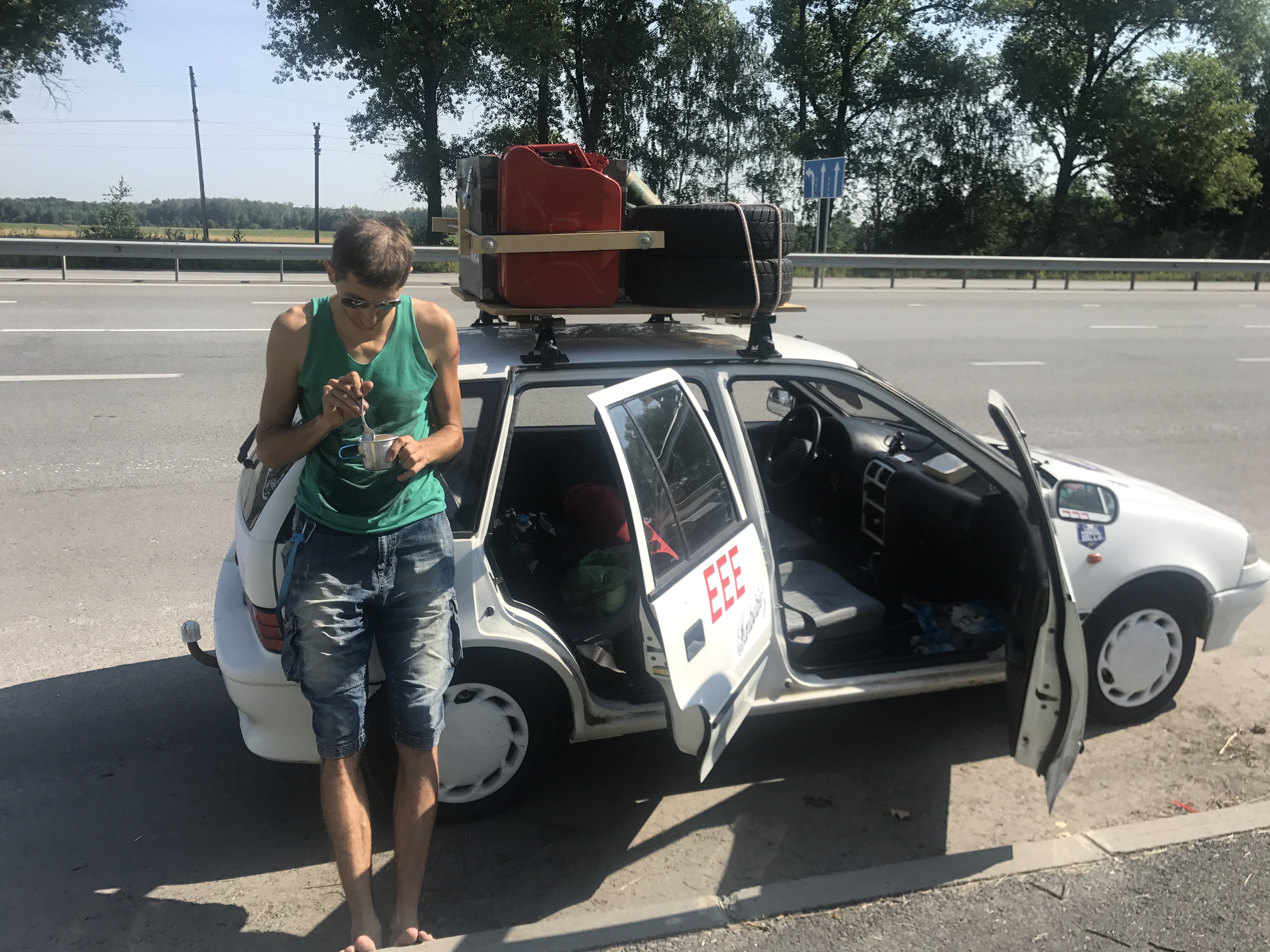 Around noon we hit Kiev and had to get used to the very chaotic style of traffic. It appears that Ukrainians have a very low risk tolerance threshold and are generally fond of crazy overtaking maneuvers. We drove to pick up the keys to the apartment we rented for the next two nights. It turned out to be a spacious place with a king-size bed, living room with sofa, and fully equipped kitchen, situated in a typical Soviet-style Khrushchyovka house within a green residential area close to the city centre. We were very happy with the place. Little we knew this was about to change very soon… 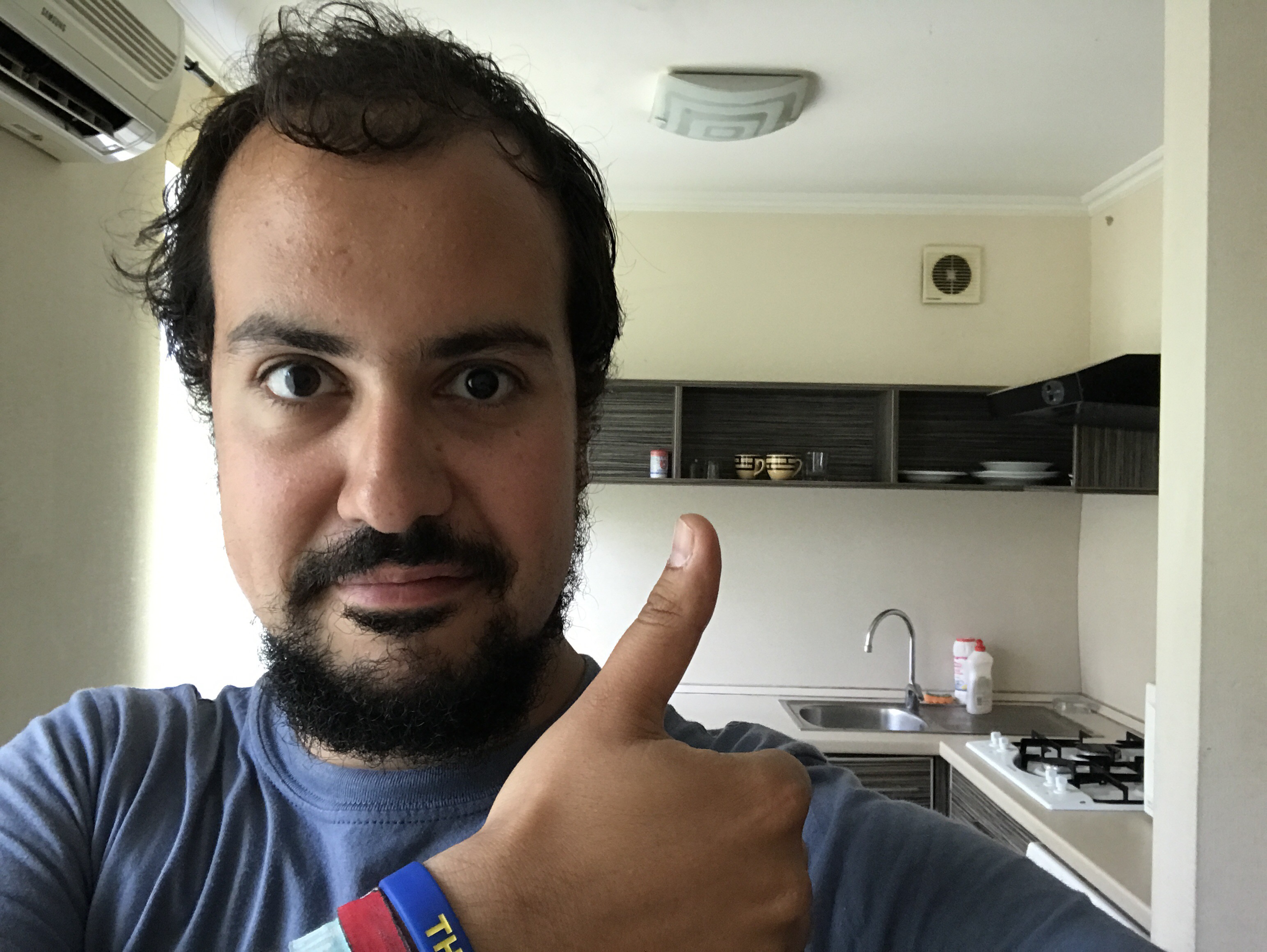 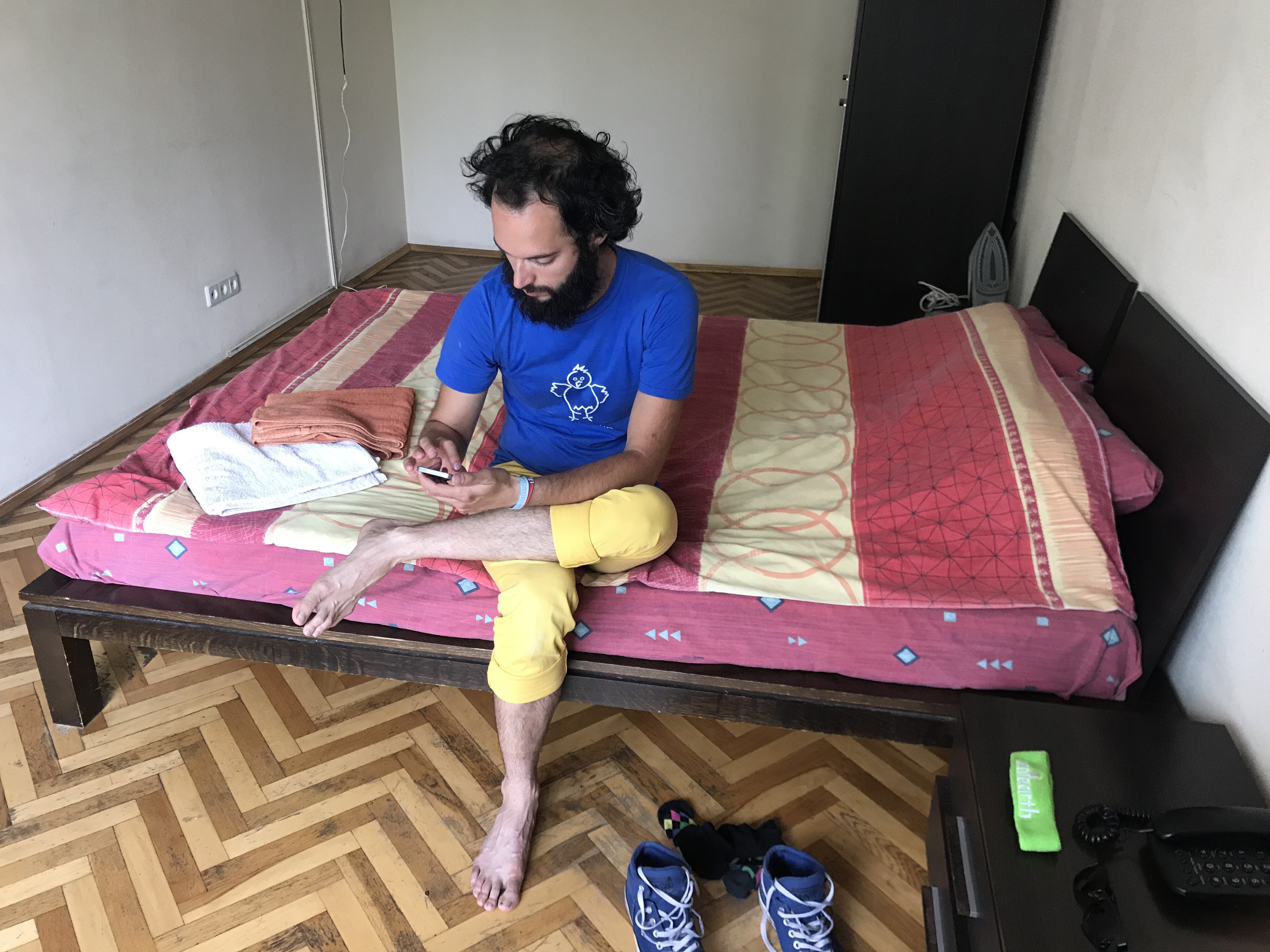 We now had driven over 2000km in total and felt proud of ourselves for finally having some kilometres under our belt on this rally. All smelly and sweaty from the long ride, I went to the shower. Just when I was really enjoying washing my greasy hair, all of a sudden the bathroom became pitch black and the water turned cold. The electricity had cut out. We couldn’t figure out how to bring it back on. We thought it would probably be some kind of short blackout, and decided to not worry about it and to spend some time in the city. We started by having some awesome lunch and beer in a Georgian restaurant that was around the corner. Unlike many other Mongol Rally teams, we were not going to visit Georgia, so it’s great that at least we didn’t miss out on the delicious food! 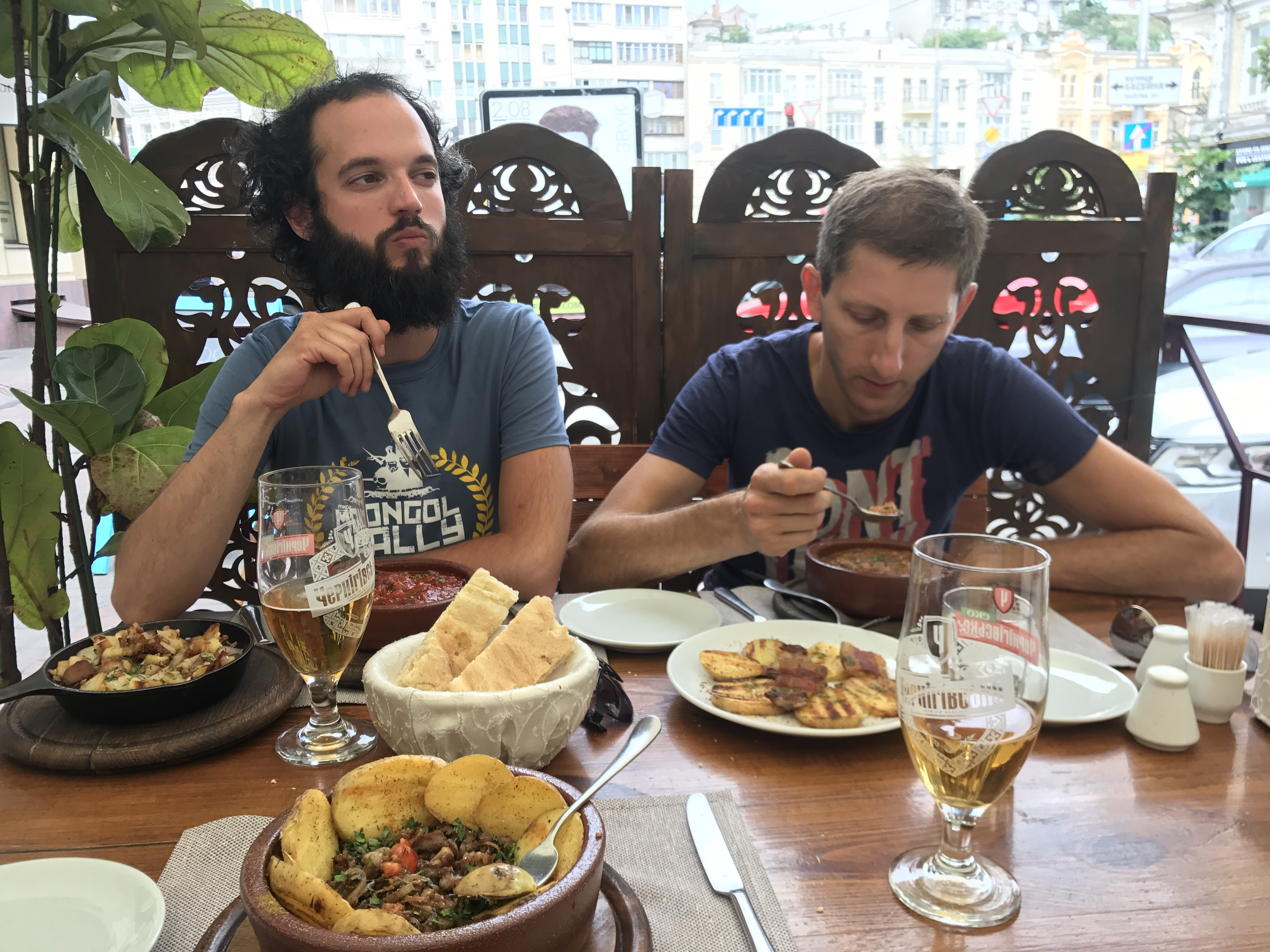 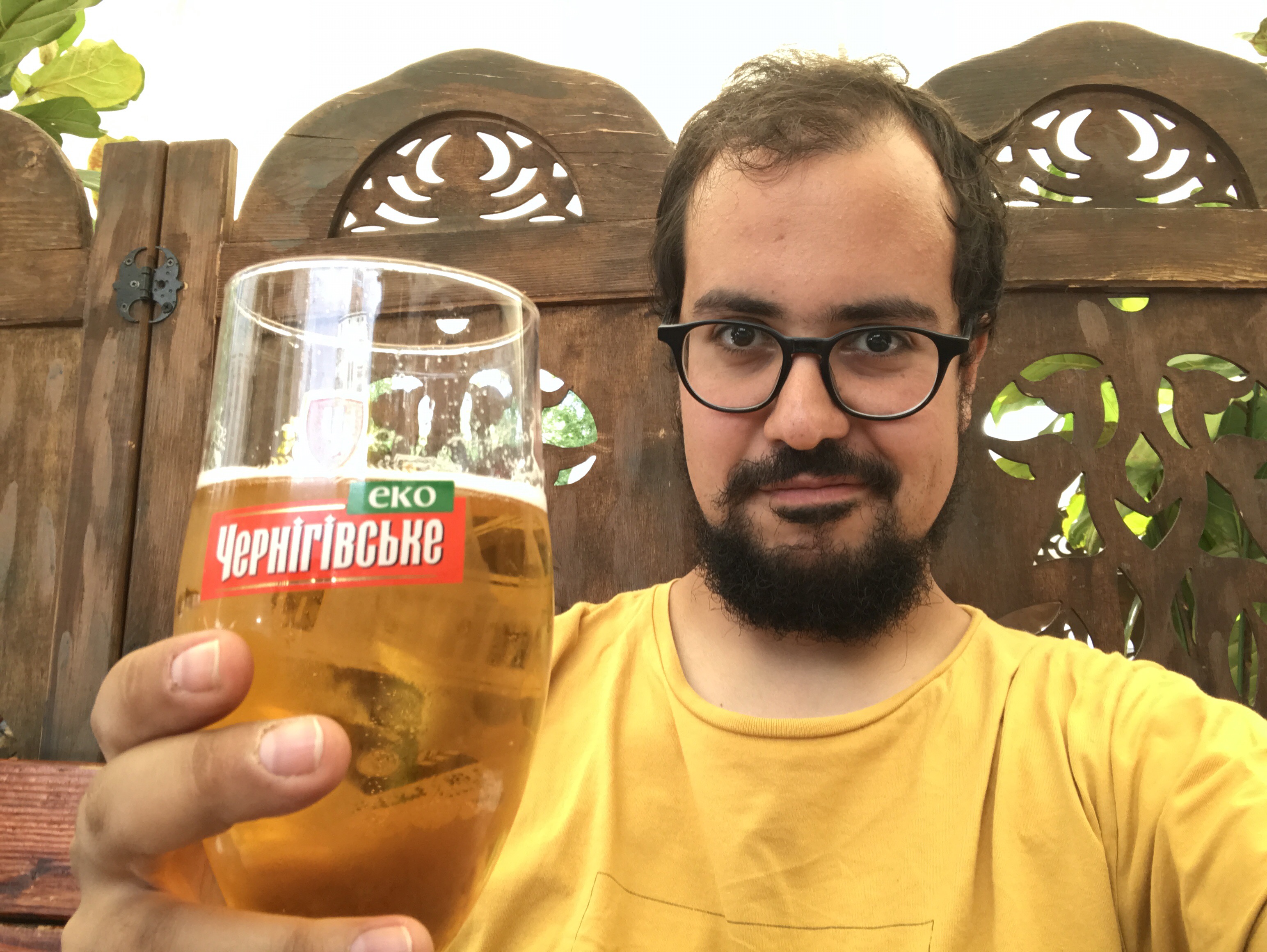 Next, we checked out some sights in the city. This was pretty cool. We visited the famous Pechersk Lavra, the Khreshchatyk, and the Maidan square which was the location of Ukraine’s 2004 Orange Revolution and 2014 Euromaidan protests. 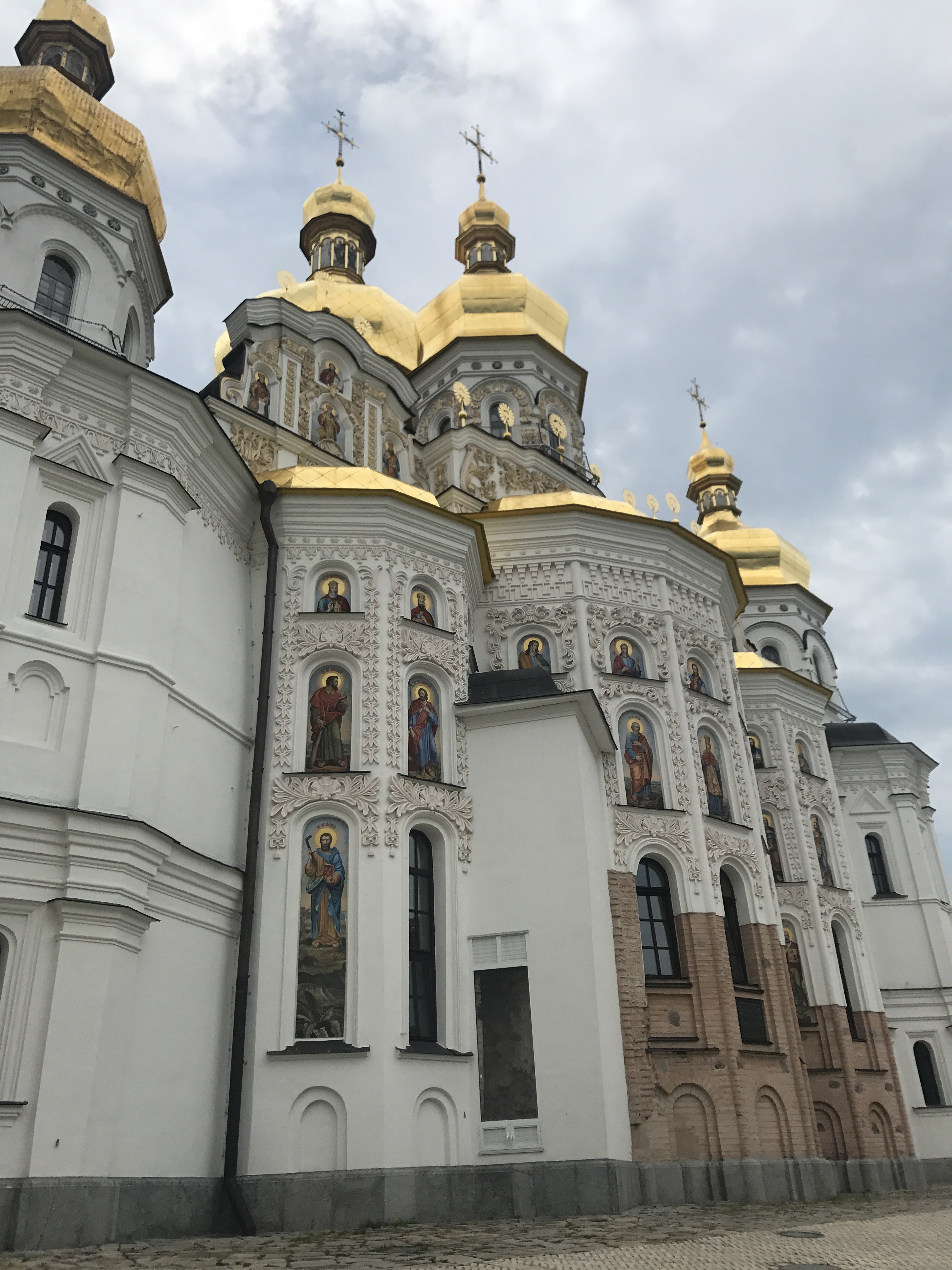 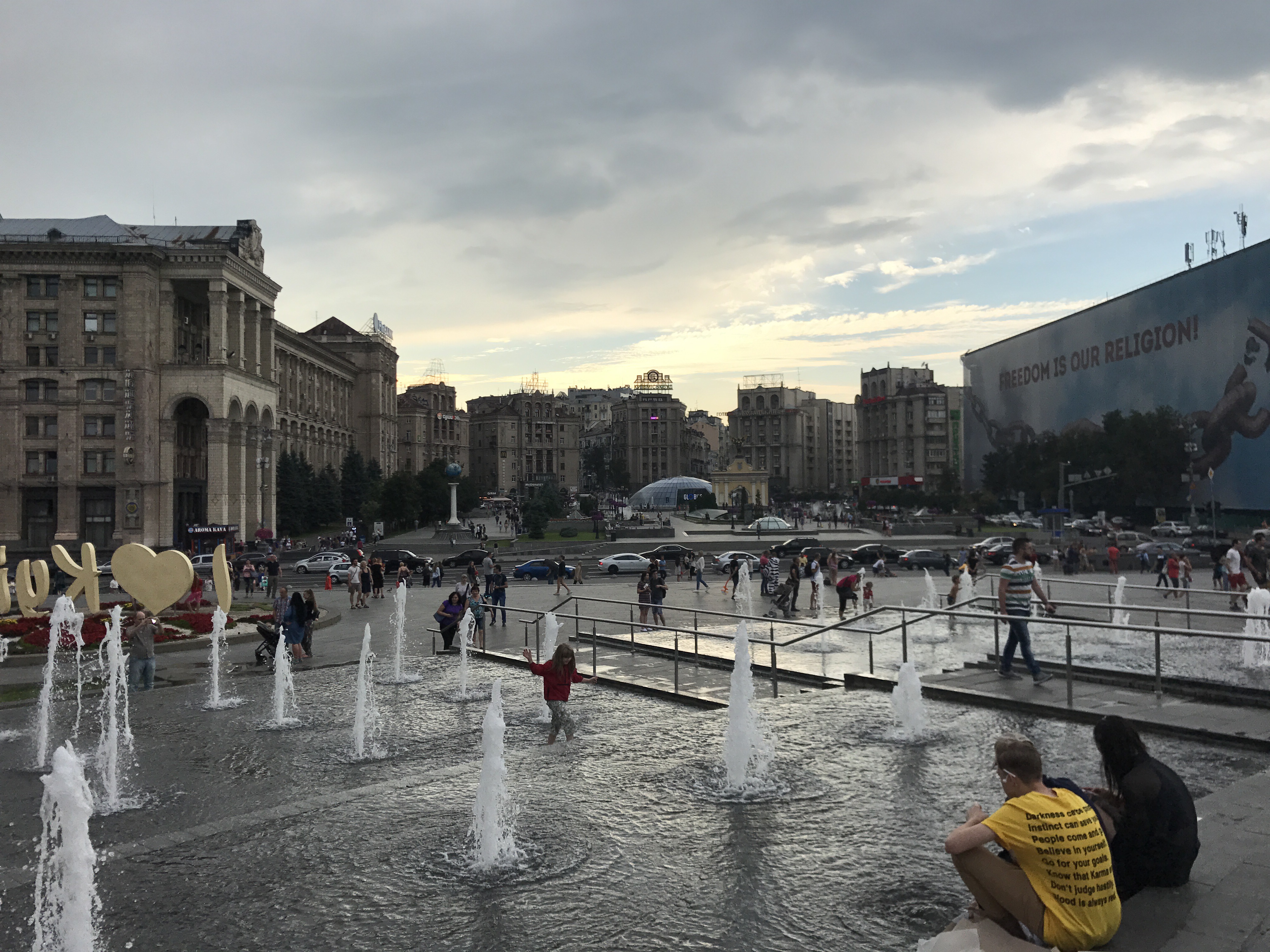 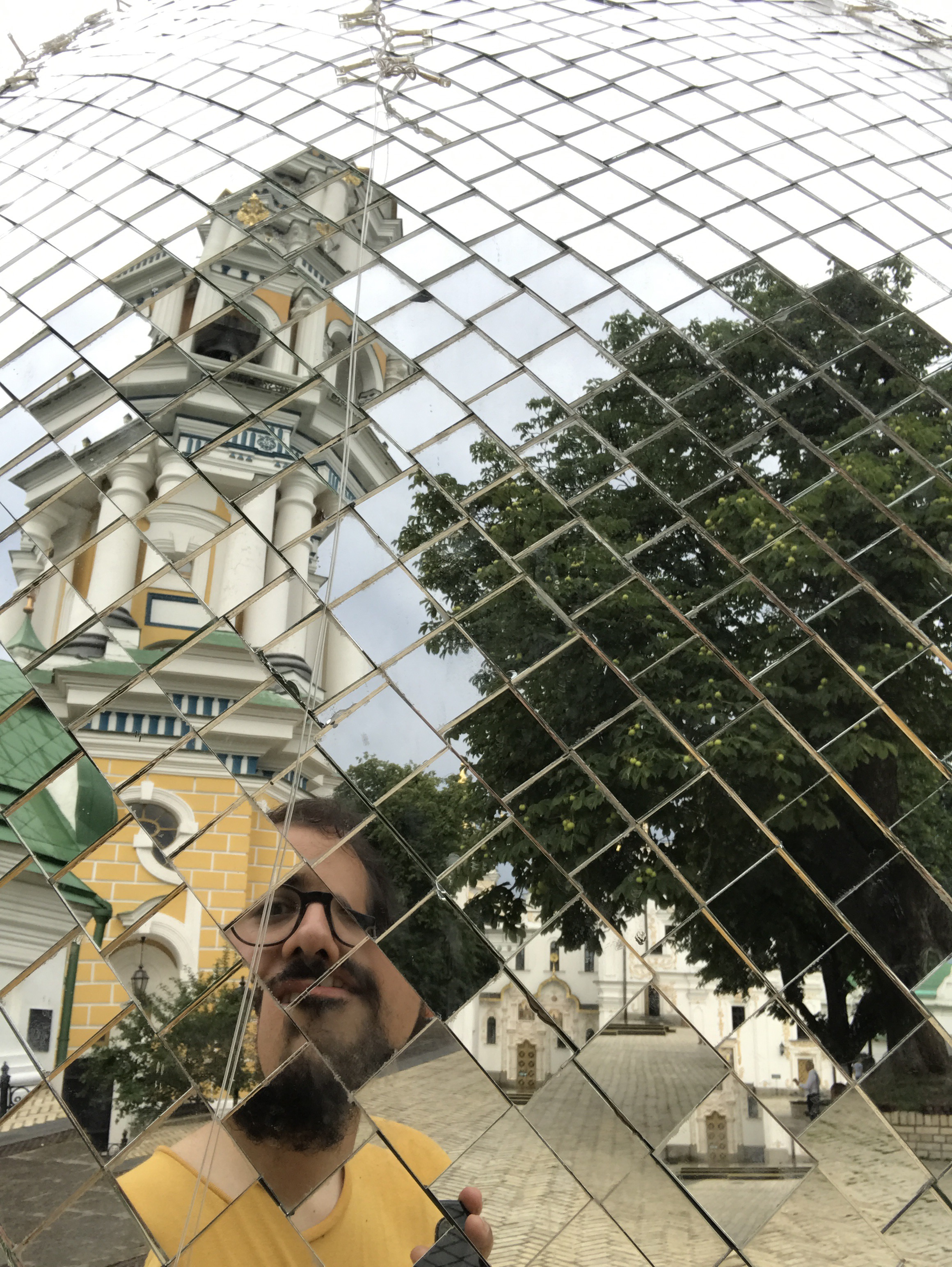 We also visited a local market where everyone tried to sell us caviar. But we figured that we would soon be in Astrakhan on the Caspian Sea. Astrakhan is supposed to be the definite source of good caviar, and it should be much cheaper and more abundant there.

When we came back, the electricity was still off. So I got on the phone with the company to sort this out. This was complicated by the fact that my British mobile phone was struggling with Ukrainian phone numbers and the connection would always cut out after a minute or so, and none of them could call me back on a British number. After a long time on the phone, the landlady sorted me out with their handyman dude, who explained the fix to me.

We had noticed earlier that the wiring was very dodgy in this flat and the house in general. Electricity cables were either hanging from the ceiling or sticking out from the wall everywhere: 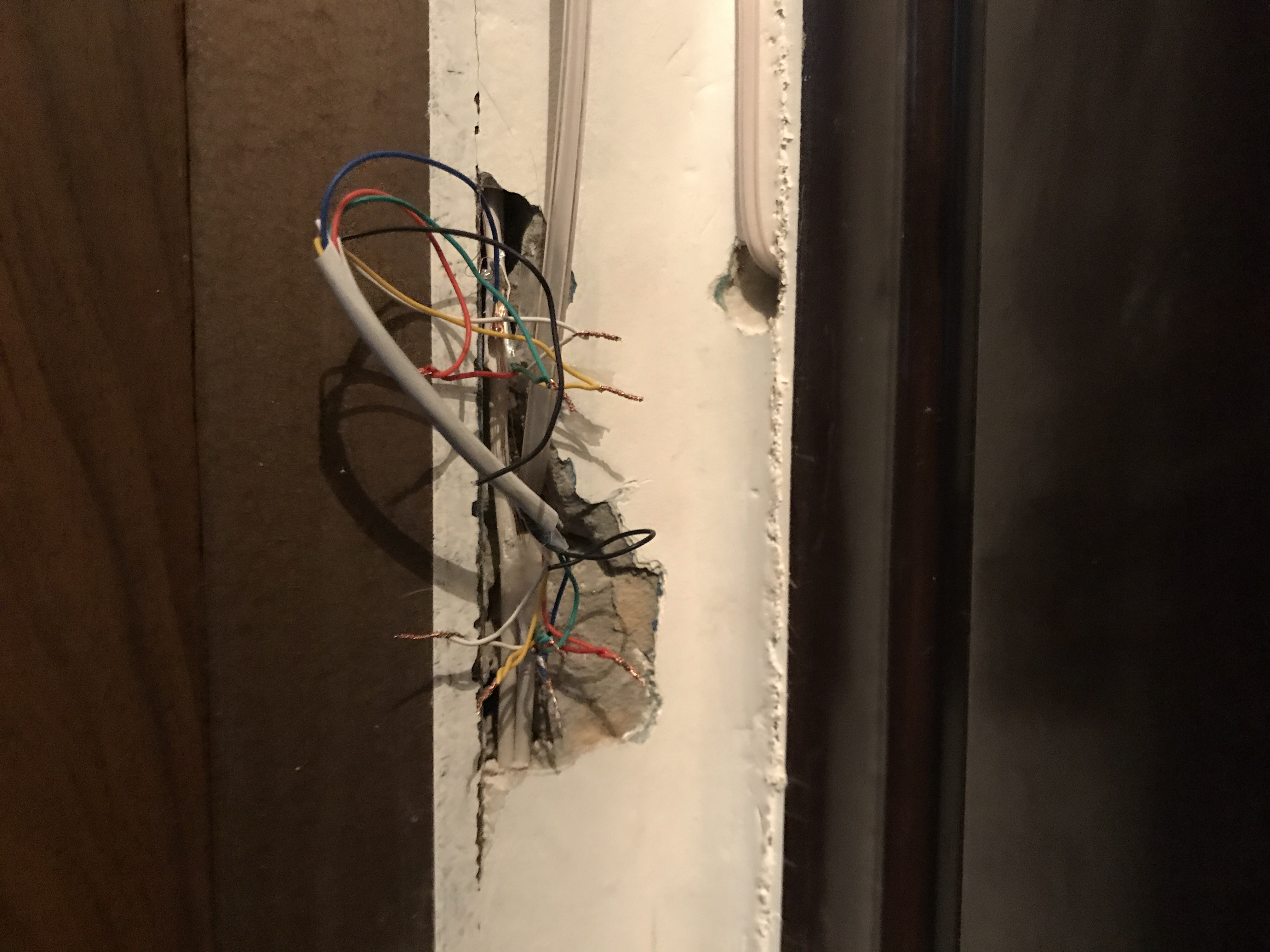 The fix involved reaching into the grey box in the picture below and flipping a particular switch hanging somewhere inside a mess of tangled cables. Luckily, the description of that switch by the guy on the phone was accurate enough for us to find it, and we managed to bring the electricity (and with it the warm water) back online. 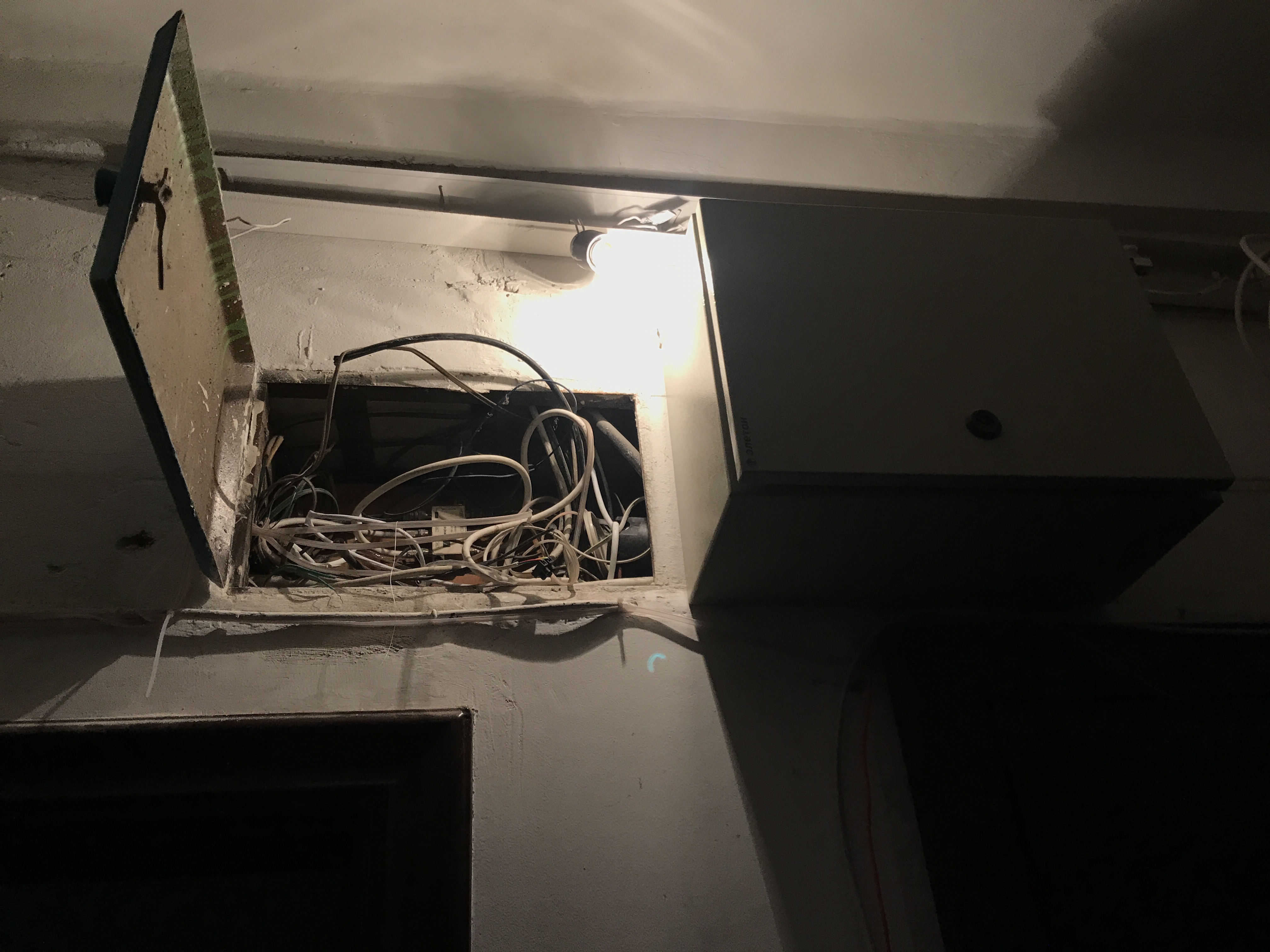 After having a final beer at a local pub, we finally went to sleep, looking forward to tomorrow’s planned visit to Chernobyl. We were completely unaware of the next disaster that was waiting for us at this haunted appartment…