So what’s up with that team name? Who or what is the BEAR?

A while ago someone told us that in the parts of the world we will be going through, bear attacks are a thing. We were quite concerned about this from the very start of our Mongol Rally preparations. To the point that the whole bear thing became some kind of weird running joke. Apparently, if you are in a forest somewhere in Russia and you don’t store all your food and rubbish in a hermetically sealed container, the bears will smell it from miles away and come to raid your camp. Someone suggested that really, the only way we would be able to prevent bear attacks on our trip would be to sleep either inside the car or on the roof of the car. I’m not a big fan of that, I definitely prefer to be able to stretch out, so I will stay in the tent, thank you very much… but I was concerned enough to start doing some research on my own.

The first very helpful thing that I found was this handy chart that was posted on the Mongol Rally 2017 Facebook group: 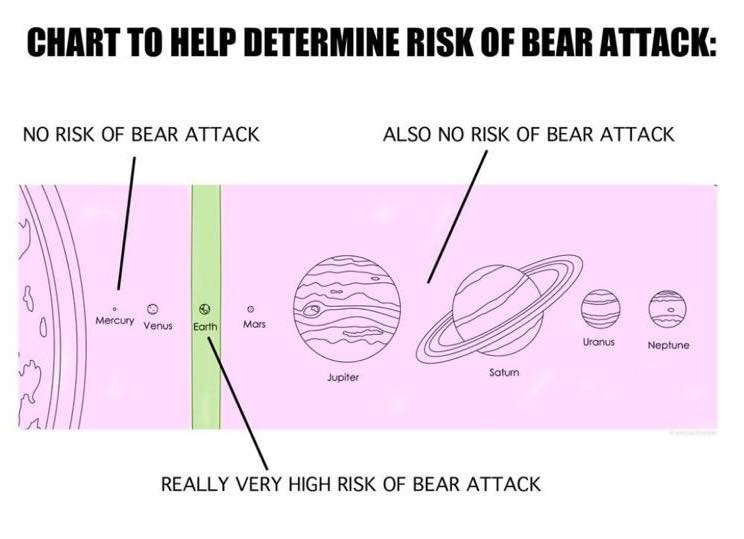 So, we will probably be facing bear attacks at some point during our journey. What do you do? Of course, the most reasonable thing is to look up the official government advice on the matter. It reads like this:

“Bears are opportunistic omnivores with an excellent sense of smell, and are attracted to human and pet foods as well as refuse. Improper storage of these items can allow bears to eat human food … increasing the probability of encounters with humans. … [the government] emphasizes keeping a distance from the bear and making noise to avoid startling a bear as the best ways to avoid a bear attack. If a bear does become confrontational, the usual advice is to stand one’s ground and to not run or turn away from the bear, raise the arms above the head so as to appear larger, and to yell at the bear.

Running away or climbing a tree can activate the bear’s hunting instincts and lead to it perceiving the human as prey. If a bear does charge, persons are advised to hold their ground, as most bear charges are bluffs. Finally, if a bear does attack, the usual advice is to curl into a fetal position so as to shield vital organs and appear non-threatening.

If this is not effective in stopping the attack, the only option left is to fight the bear in any way possible.”

Actually, this hand-to-hand combat approach seems to be quite close to the truth. About a week ago I was talking to someone who was telling me about an actual bear attack in their tent. Apparently, what this person did is to shout at the bear, waving his arms, and then when the bear was hesitating, punched it in the nose. This caused the bear to run away. That’s good to know. I am now mentally preparing myself to punch the bear in the nose when I see it.

There is an alternative. Right now I am in Canada (flying to Budapest tonight to meet with the other guys and start the rally!). And here in Canada, they too have a bear problem. They solve it in another way though, by having products like this on the market: 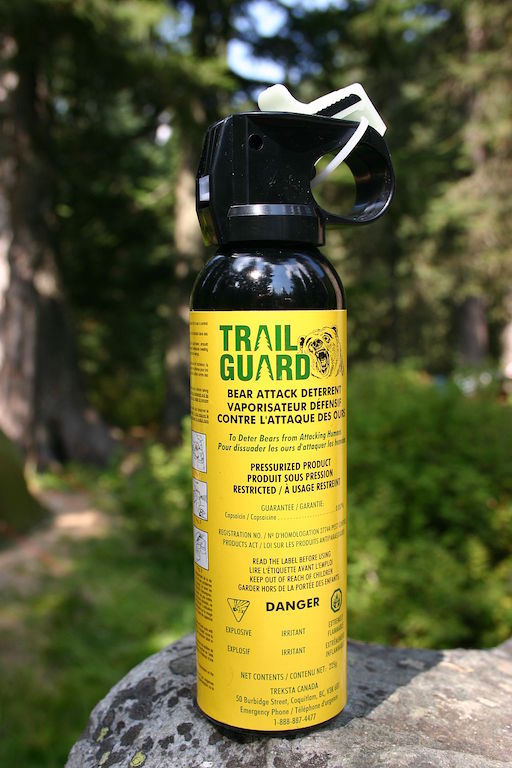 It’s basically an extremely potent pepper spray with 2% capsaicin and a spray range of about 15 meters. I’ll look into purchasing some of that!

In the meantime, here is another fun fact about bears:

“Bears can decapitate a human with one swipe of their paw.”

Jolly good. Makes me reconsider that punch-in-the-nose strategy. By the way, here’s an actual map of the bear attack risk – or, more precisely, the frequency of bear occurences (at least within Russia): 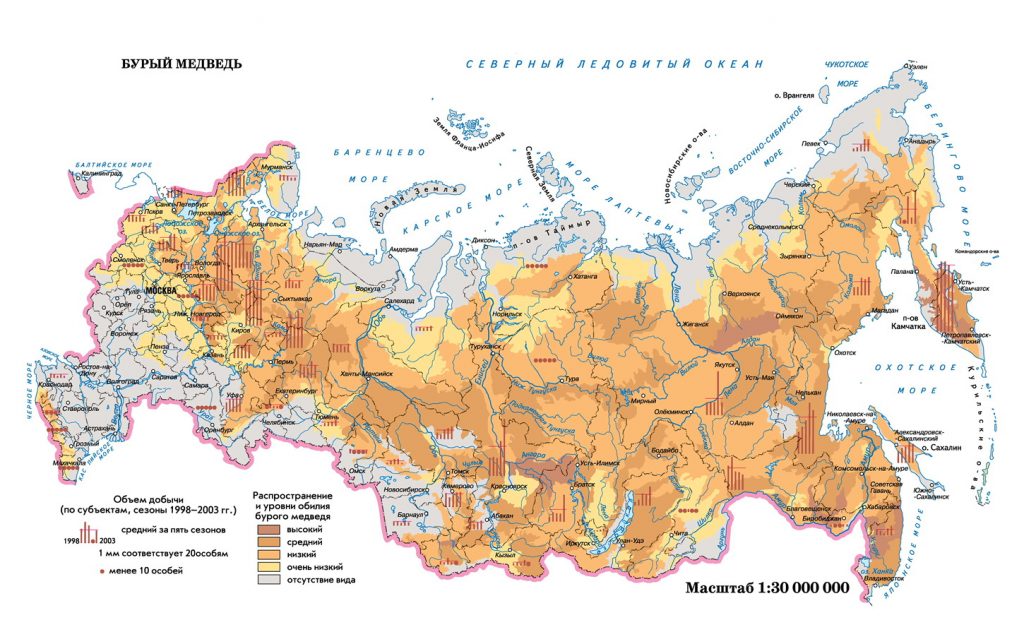 It seems that there is no risk in the European part (our first Russia entry), but a considerable risk in the Asian part of our journey (in the area bordering eastern Kazakhstan, Mongolia, and around the finish line).

I hope we won’t actually encounter any bears, but as with everything else on this journey – everything can happen. We will wait and see. And report back to you here on this blog.

If you like this blog and want to find out whether we’ll be eaten by a bear or not, please consider helping us out by donating a few bucks to Cool Earth, a really awesome and effective charity doing reforestation projects to combat climate change. Click this link:

If we want to reach the finish line of the Mongol Rally in Ulan-Ude at the end of August, we actually need to have raised £1000 for Cool Earth. We have £180 at the time of writing. Thanks so much to everyone who donated so far!!! Everyone else: please help us by contributing. We can’t make it without you. It’s just one click. And it’ll give you that warm and fuzzy feeling of having done something to save the planet. We don’t keep any of the money – we’ll have to fight the bear with our own bare hands.

In the wake of all this bear talk, we actually invented a BEAR dance at our last team meeting (yes it did involve a lot of beer). If you are nice and donate, I’ll upload a video of us three performing the bear dance right here on this blog!

In the next post, I’ll write a bit about our car and our other travel preparations. It’s only three days now until we head off!

One Reply to “The Bears.”