In the morning we had free breakfast at Hostel Arzu, which included fried eggs, bread, butter, and the next utterly disgusting-tasting Kazakh speciality: Kurt (very salty dried camel cheese). 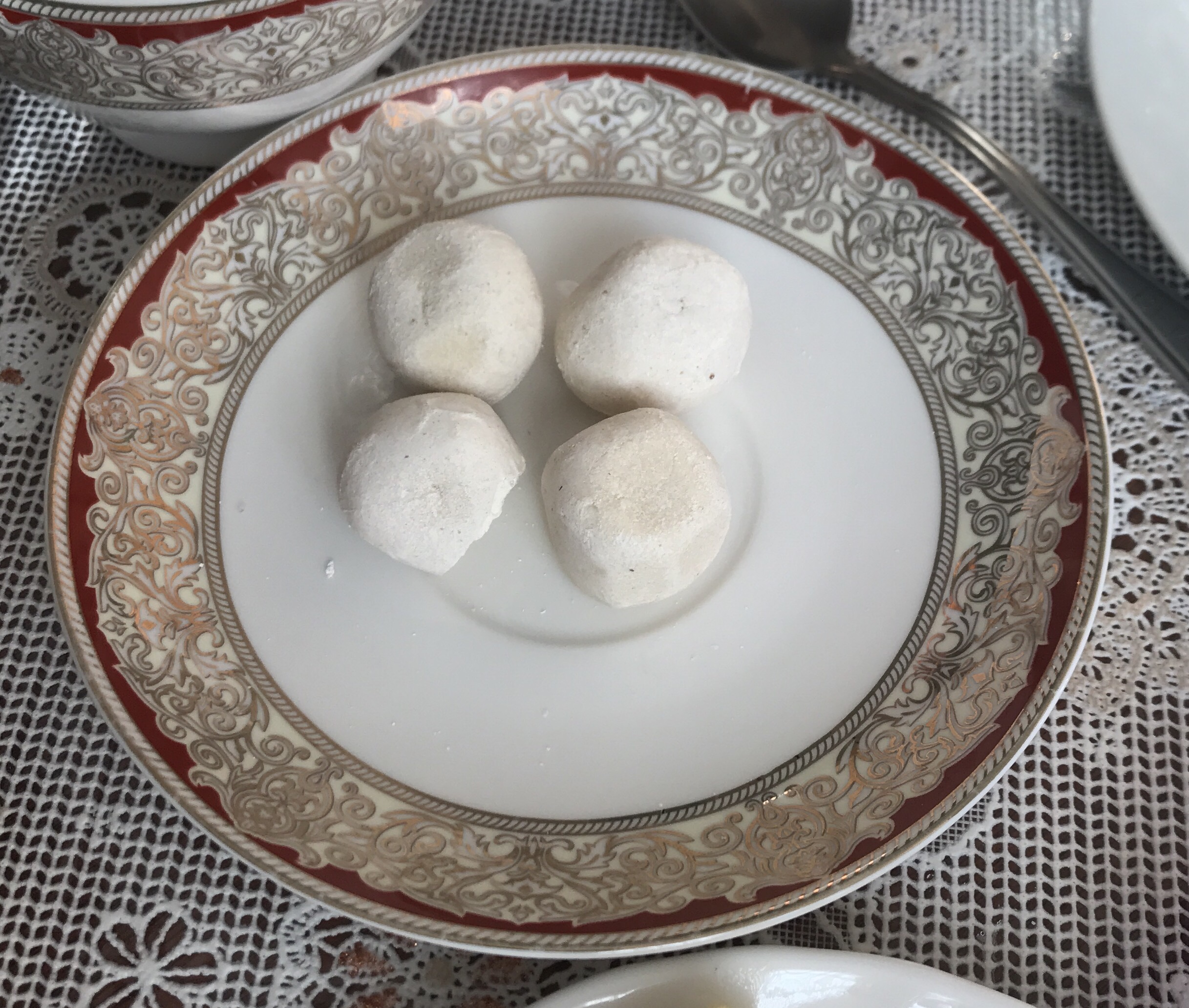 At breakfast, we met a guy from Korea who recently travelled the Pamir Highway on his motorbike. He gave us some useful information about the road, recommended not to camp in the mountains (too cold and windy) but to rely on cheap homestays instead, and told us how he got severe altitude sickness that caused him to fall asleep for 60 hours straight and forced him to wait four days in a homestay until he recovered enough to keep going on his bike. That story sounded quite scary. However he was going from Osh to Khorog, and we will be going the other way, so the ascent will be less steep and hopefully won’t affect us that badly. 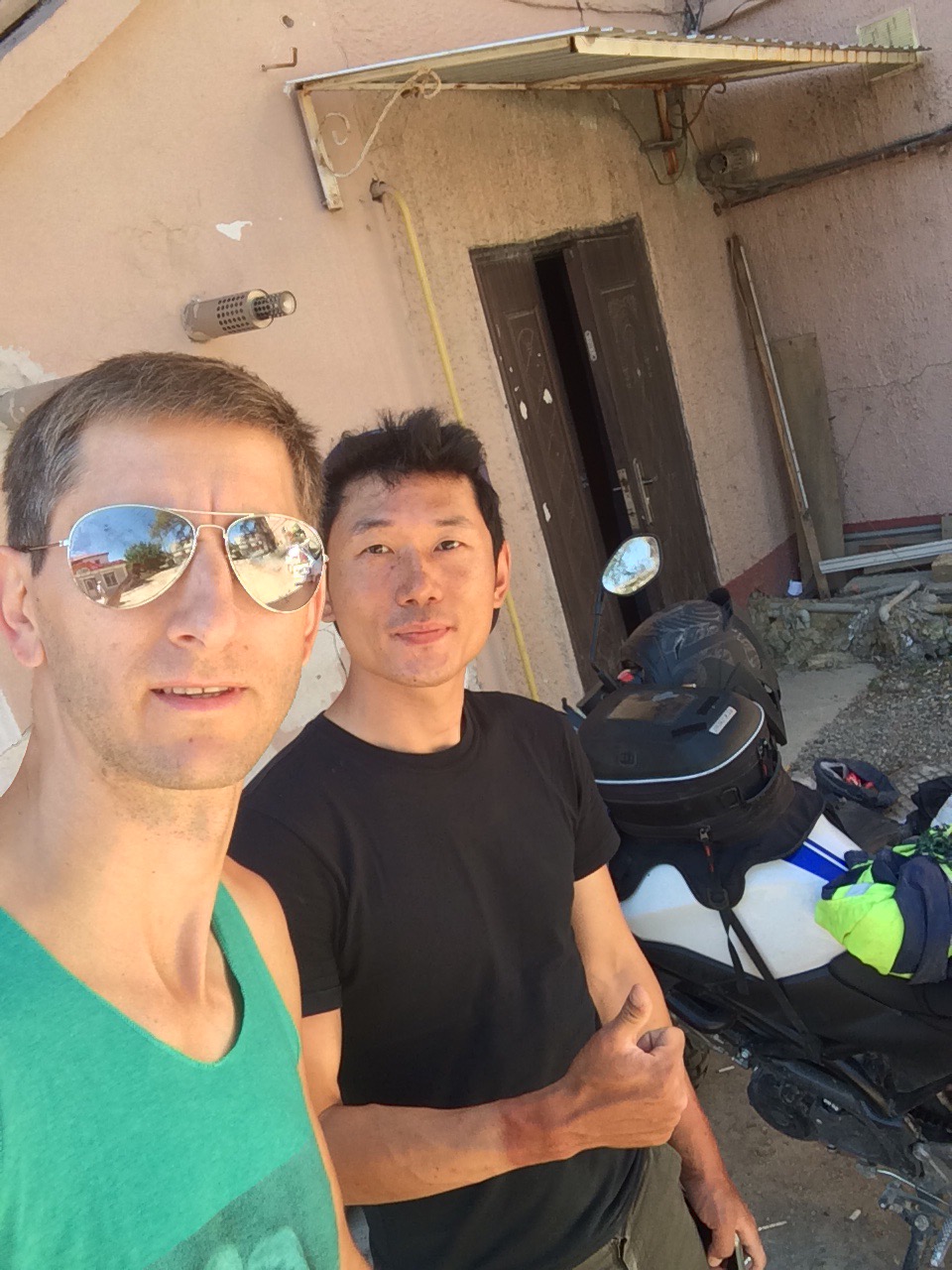 Ivan, the Russian backpacker, was going to Beyneu, which was just along our route towards the Uzbek border, so we decided to give him a lift. Surprusingly, with now four guys in the car instead of three, our little Suzuki was still flying as smooth and strong as a Kazakh steppe eagle. The road quality today was tremendously better than yesterday, and it was no problem to go 100 km/h most of the time.

The way to Beyneu was an amazing six-hour drive through the vast nothingness of the Kazakh steppe. I have heard stories about it from my mother, who grew up in Kazakhstan, but it’s a whole different thing to actually see it with your own eyes. There is just the completely flat, dried-out grass which stretches all the way to the horizon. Sometimes you would see salt-pans and dried-out lake beds, electricity lines, a camel standing around, or a band of horses blowing up dust as they gallop in the distance. Otherwise there is nothing, as far as the eye can see, for hundreds of kilometers. Add to this the intense heat (it was about 40 degrees) and you get a a place you’d not want your car to break down. 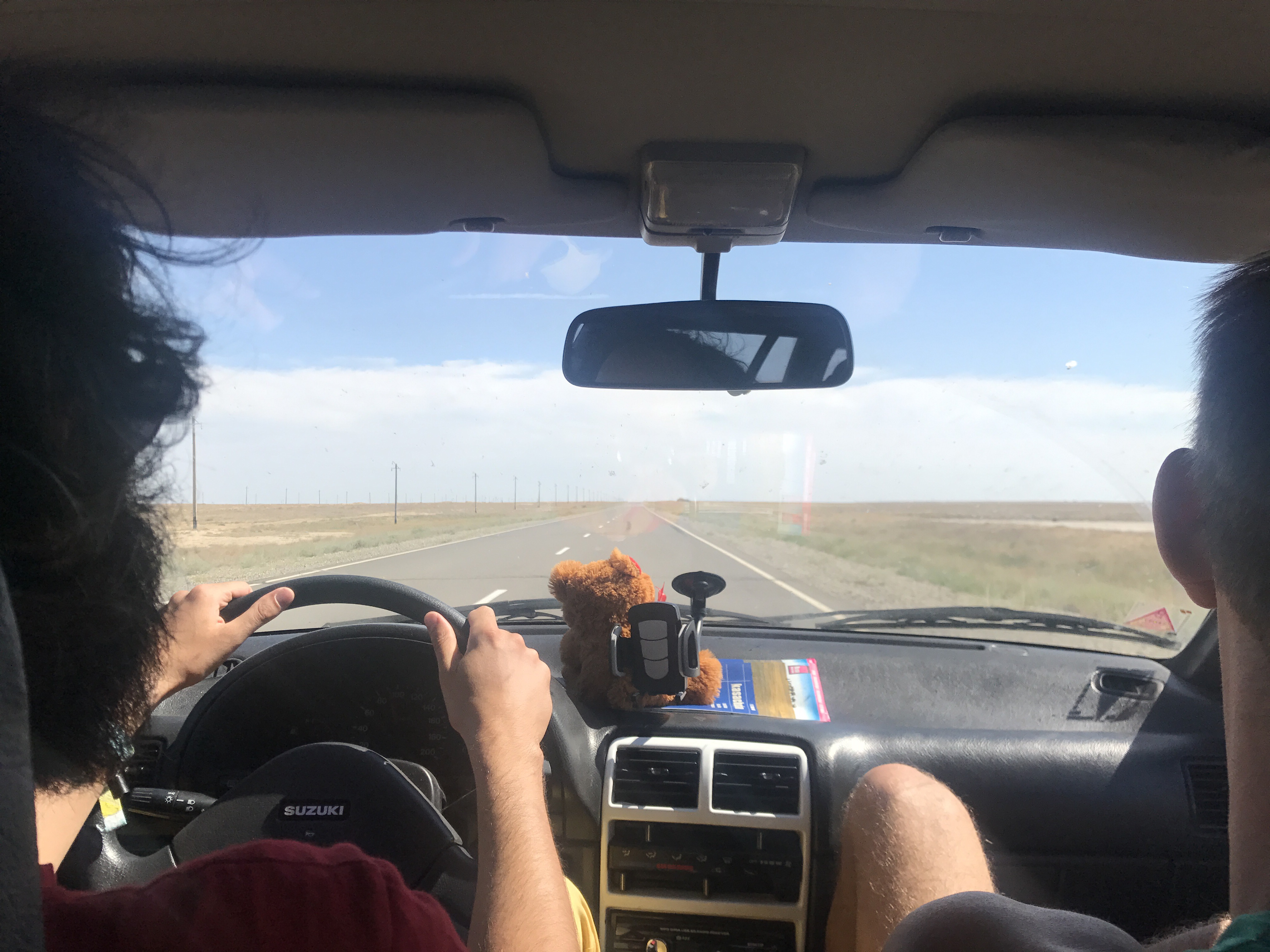 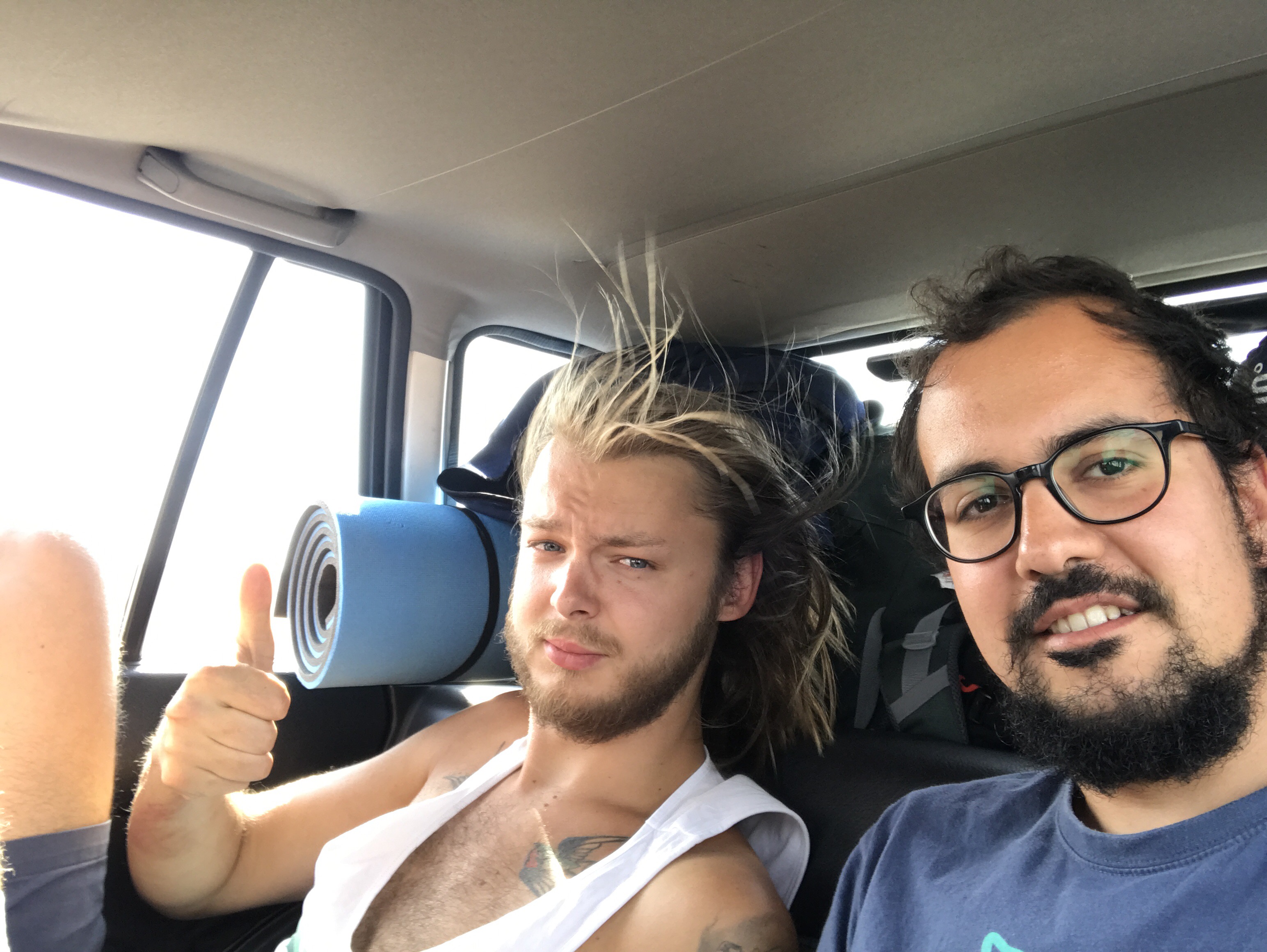 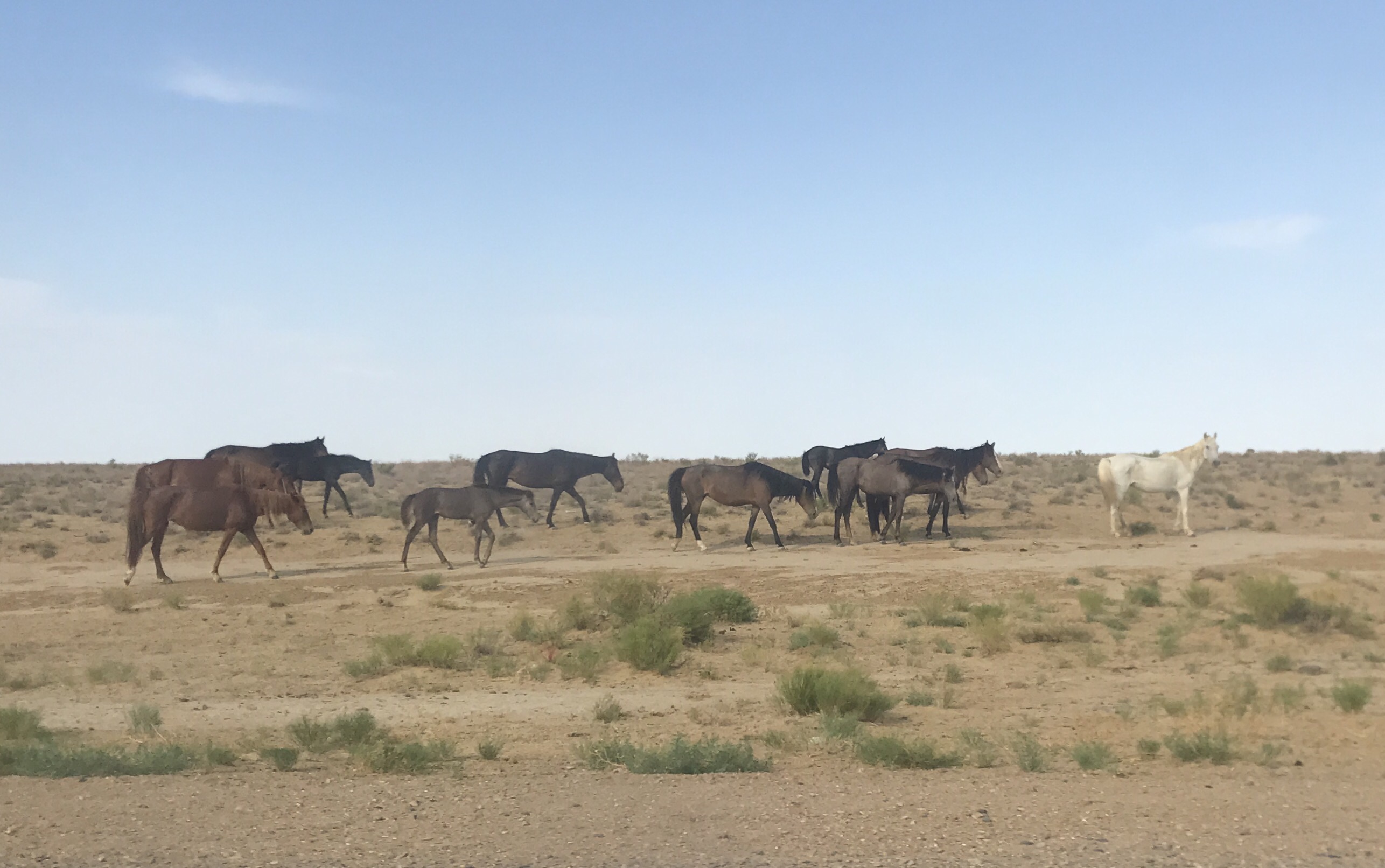 We arrived in Beyneu around 6pm and had a coffee in a local hotel (being the only customers there). We asked for WiFi but unfortunately it was “broken”. Beyneu definitely had a much more rural, “middle of nowhere” kind of vibe than Atyrau. We let Ivan out at the main road so he could hitchhike onwards to his next destination, which was in another direction than ours. He said he was a bit worried being on his own in an area like this, but still insisted on going.

Apart from the lack of internet, we now had another problem: none of the petrol stations we visited today had 95 octane petrol, and we weren’t sure how our little Suzuki would react to the local 92 stuff. So we wanted to keep using 95 petrol for as long as possible. The search was long but finally, after trying a dozen petrol stations, we found one that had it. It was quite a bizarre place, basically just two rusty petrol pumps standing in the dust, with the petrol type written by hand on a piece of paper and glued to the pump. (Not that the other petrol stations looked that much better….) The girl at this station initially didn’t want to serve us because she was on the phone, so we had to wait for a while. We were watching camels slowly passing by. Locals were staring at us as if we came from Mars or something. It was the first time it was so obvious that we were now far, far away from the Western world. 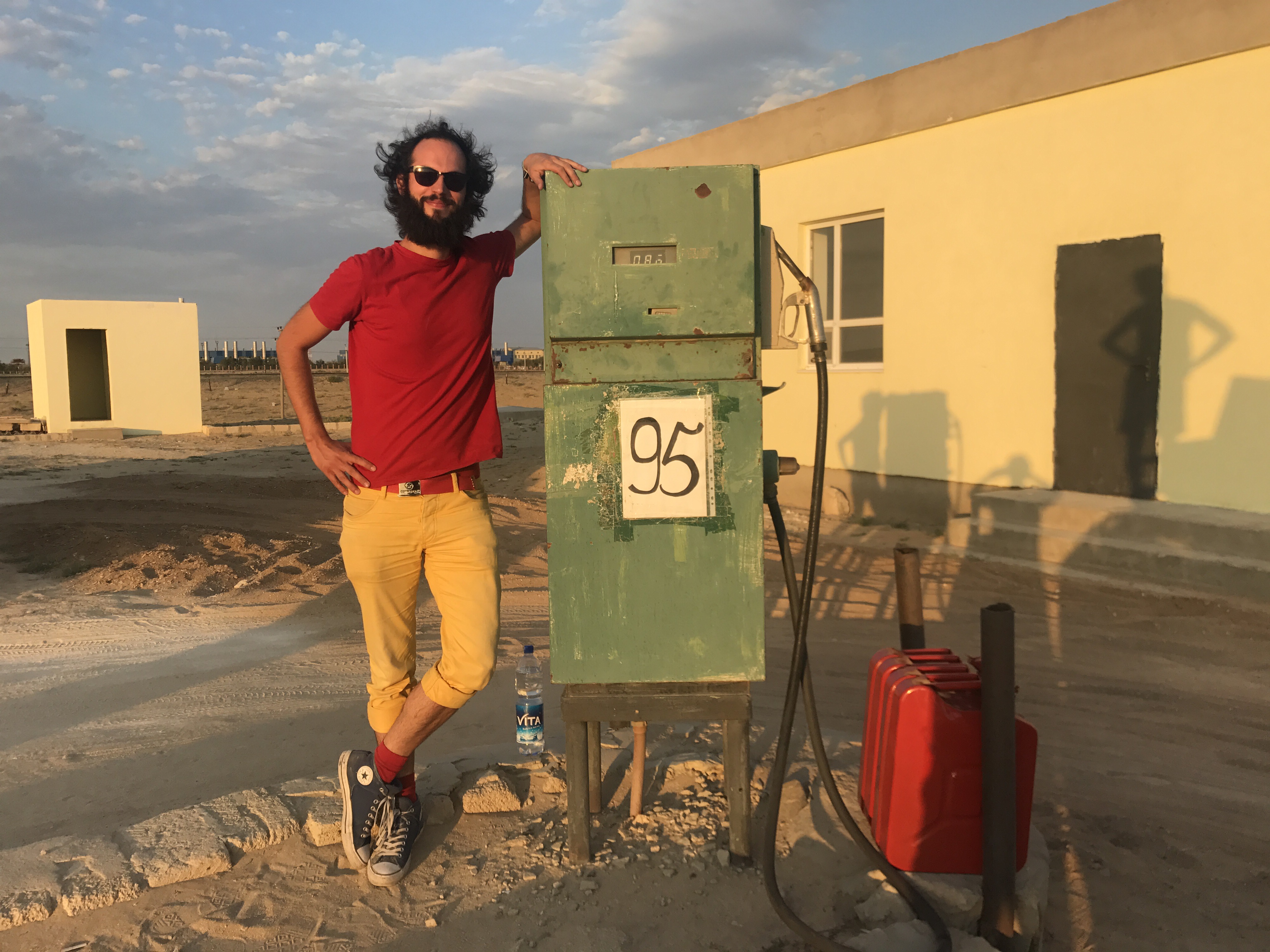 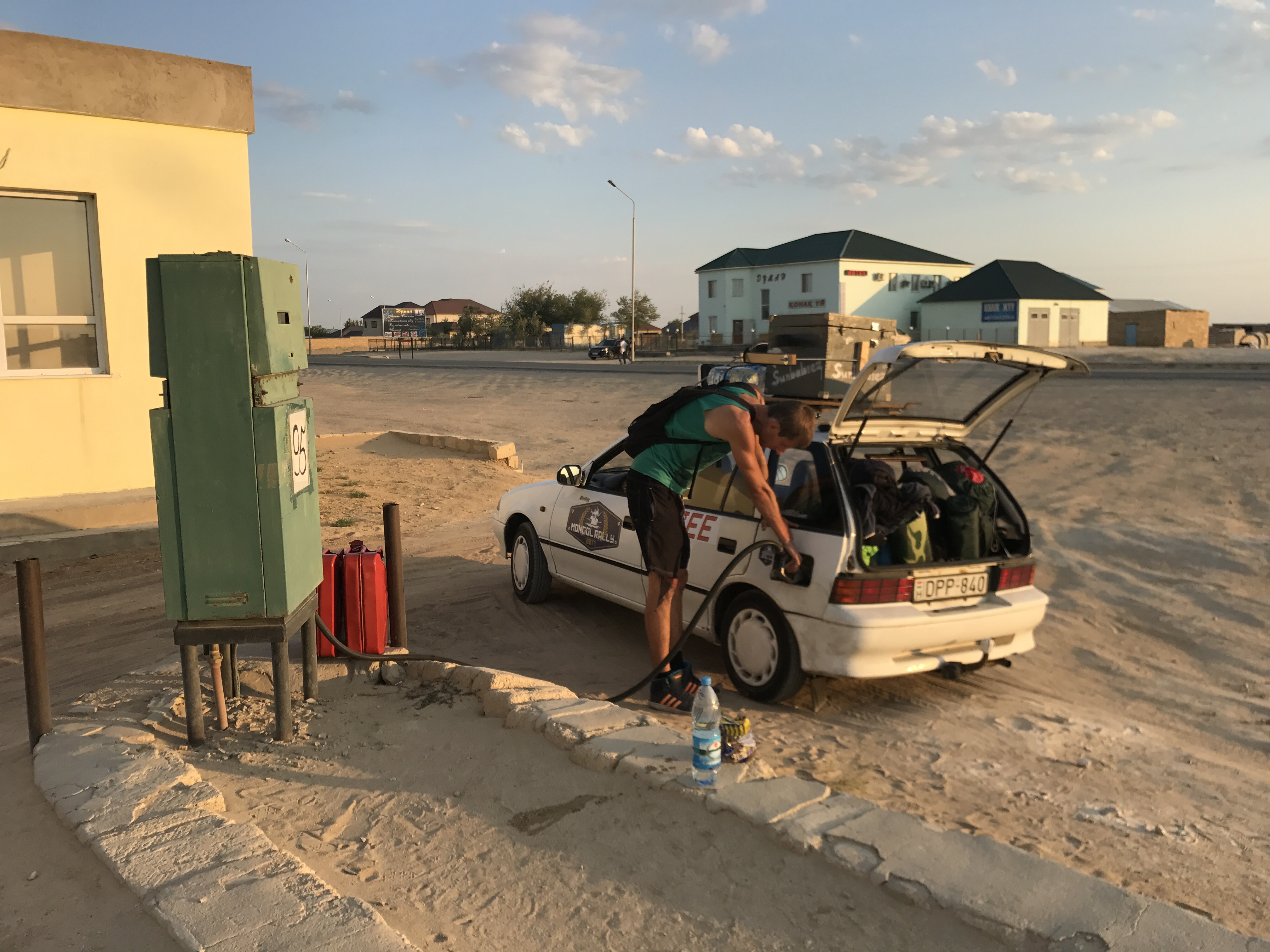 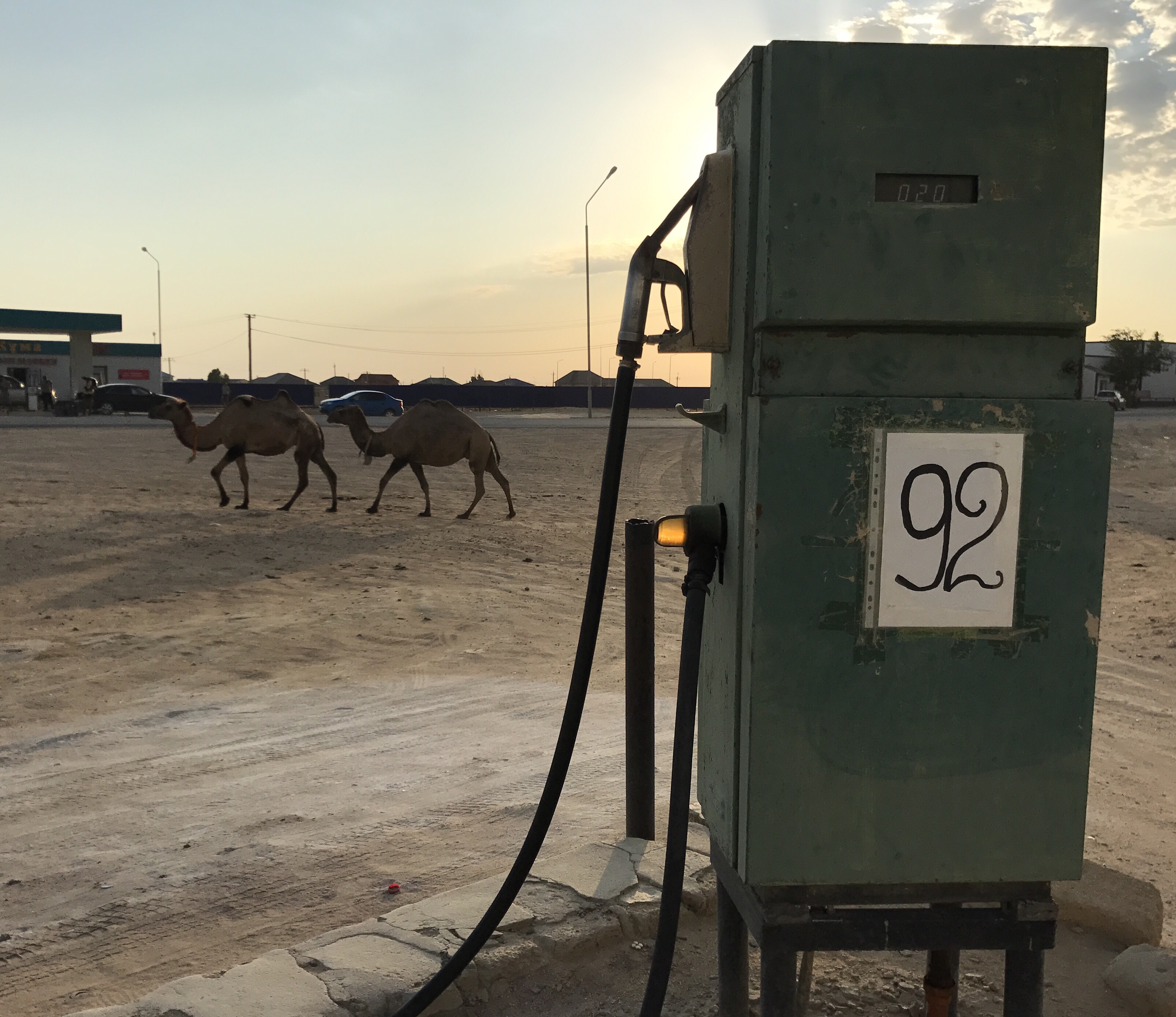 After we managed to fill up the tank and both jerry cans with what they said was 95, we hit the road towards the Uzbek border. It was only 80km from Beyneu, but those 80km were descibed to us as hell by several locals. And indeeed it was! This was by far the worst road so far. Extremely bumpy and sandy, it seemed that no one had repaired it in 100 years. We couldn’t drive on this “road” any faster than 20 km/h if we didn’t want our car to fall into pieces. Here’s what it looked like: 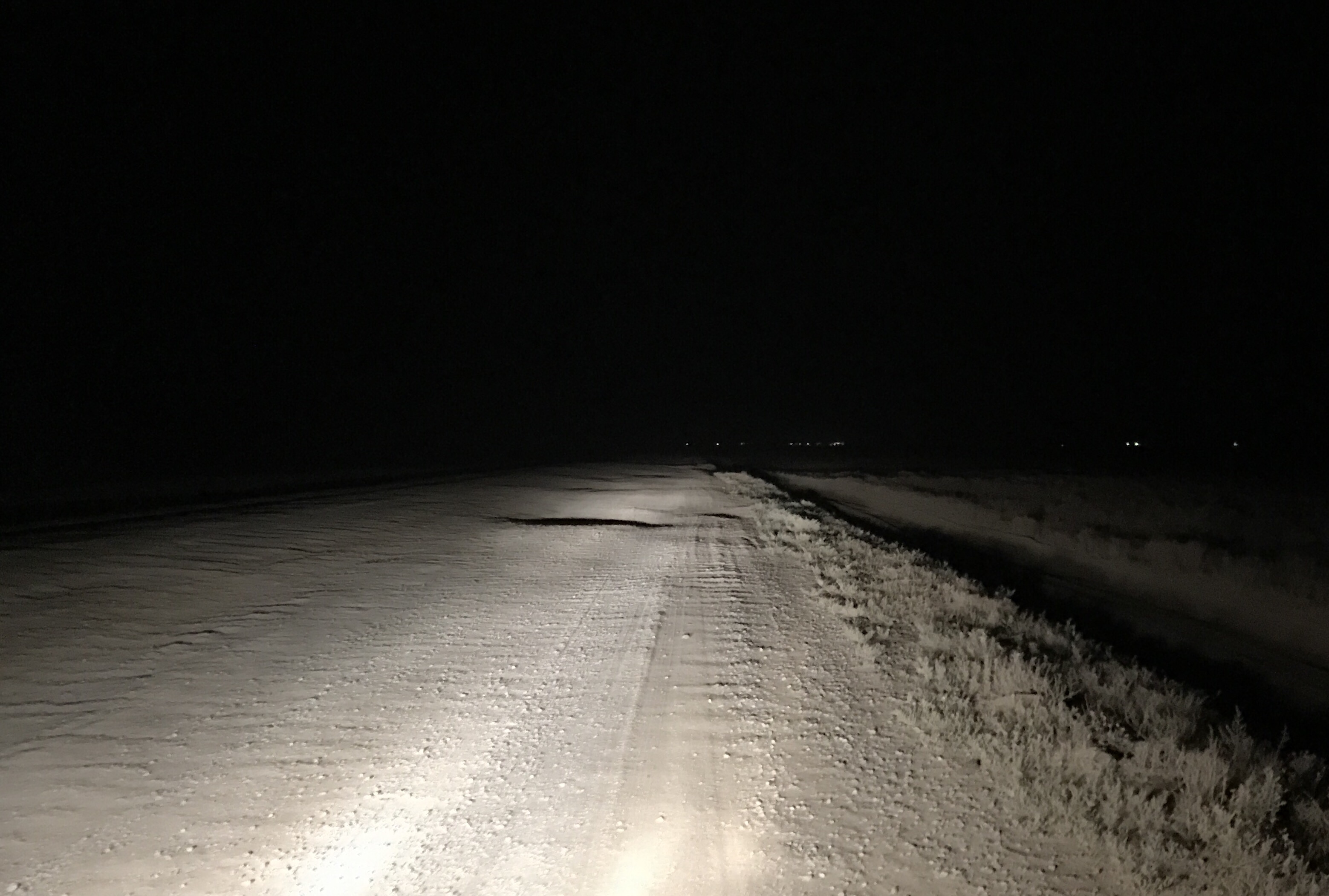 It was a tough drive. The experience was enhanced by a yet again stunningly beautiful night sky, and a massive thunderstorm with lightning raging in the far distance on the horizon.

Finally, shortly after midnight, and after six gruelling hours of rattling across the sand in the dark, we arrived at the Uzbek border.

If you like this blog and want to find out what happened to us in Uzbekistan, please consider donating a few pounds to our fundraising campaign for Cool Earth, the sustainable reforestation charity to battle climate change. Please click here.

We’re only £350 away from our fundraising goal of £1000 at the time of writing. We need to reach the fundraising goal if we want to complete the Mongol Rally, so please consider helping us!

Thanks, and until next time.

One Reply to “Day 9, Kazakhstan: Through the endless Kazakh steppe”