The day started with waking up in a very comfortable hostel bed after a good night’s sleep. So much better than sleeping in the car! And so good to have hot showers and a fully-equipped kitchen available! Eslie then made us some absolutely delicious breakfast involving eggs, bacon, watermelon, and caviar. (He keeps buying caviar because it is so much cheaper here than in Western Europe.) 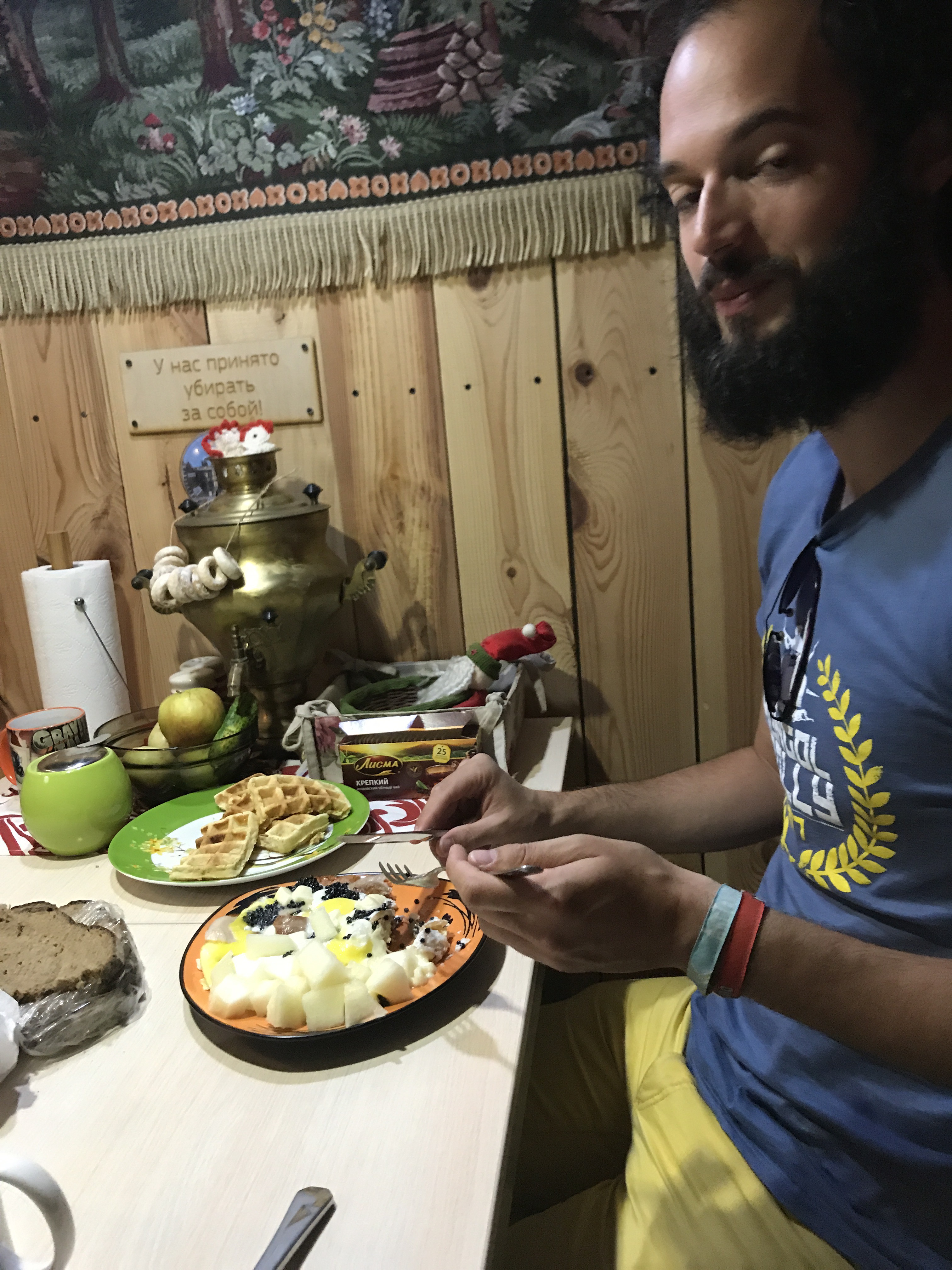 We left the hostel and spent most of the day on various things that needed to be done. We picked up the Russian notarised translations of the car authorisation that we had ordered and had sent to Volgograd. We then left Zsolt’s phone which got wet in Kiev at a phone repair shop. They managed to remove the water and make it boot again, but unfortunately both cameras, the speakers, and the audio output were not working, so the phone became pretty much useless. They said a repair would take days and that was not possible for us. We then also got some missing passport photocopies and pictures that we would need at the Turkmen border. Finally, we figured we would be soon driving through the desert for several days, and stocked up on emergency supplies for the case we break down. This involved three 6L water tanks that we put on the roof, and loads of non-perishable food like canned fish, dried fruit, and crisp bread. 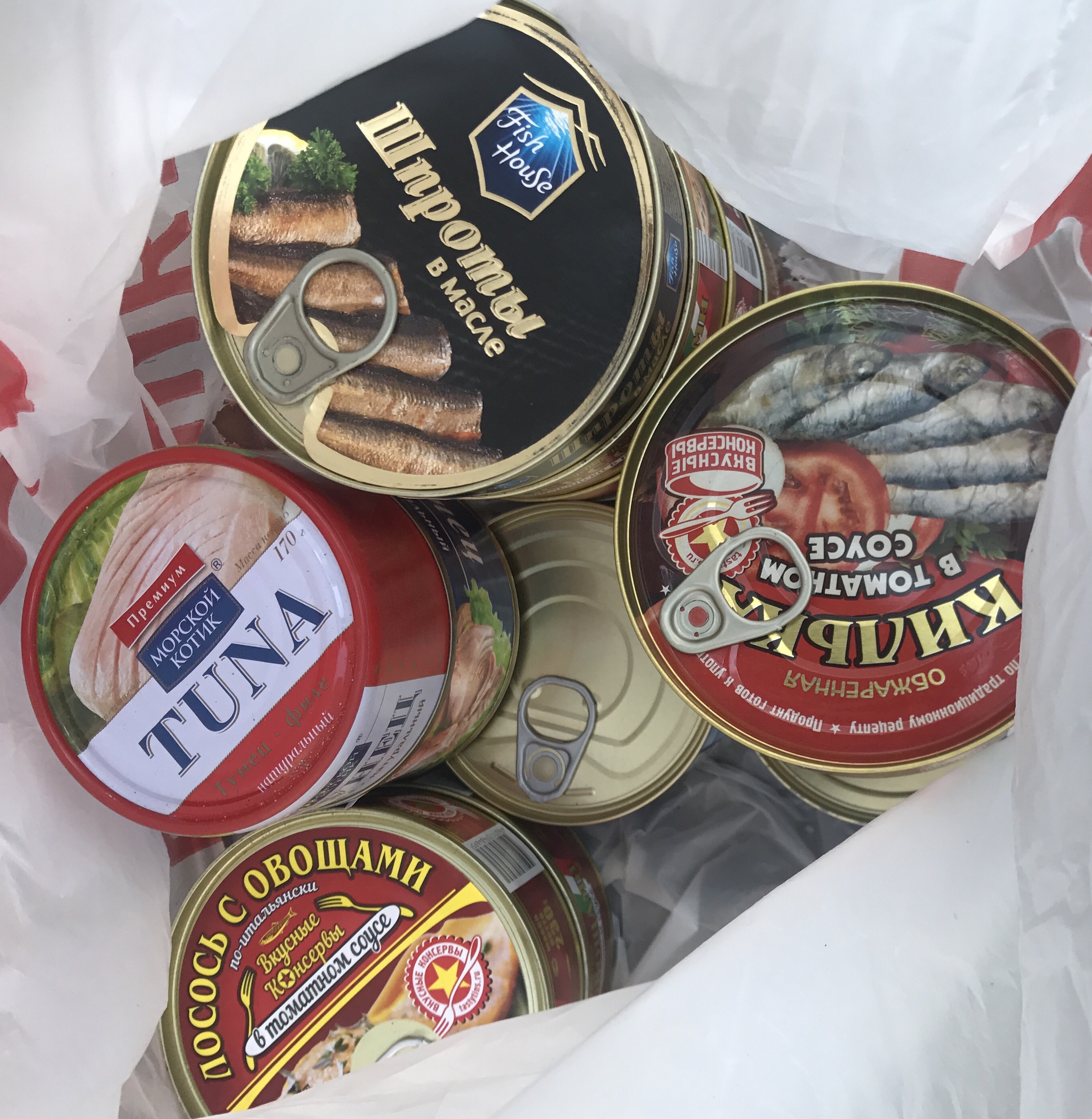 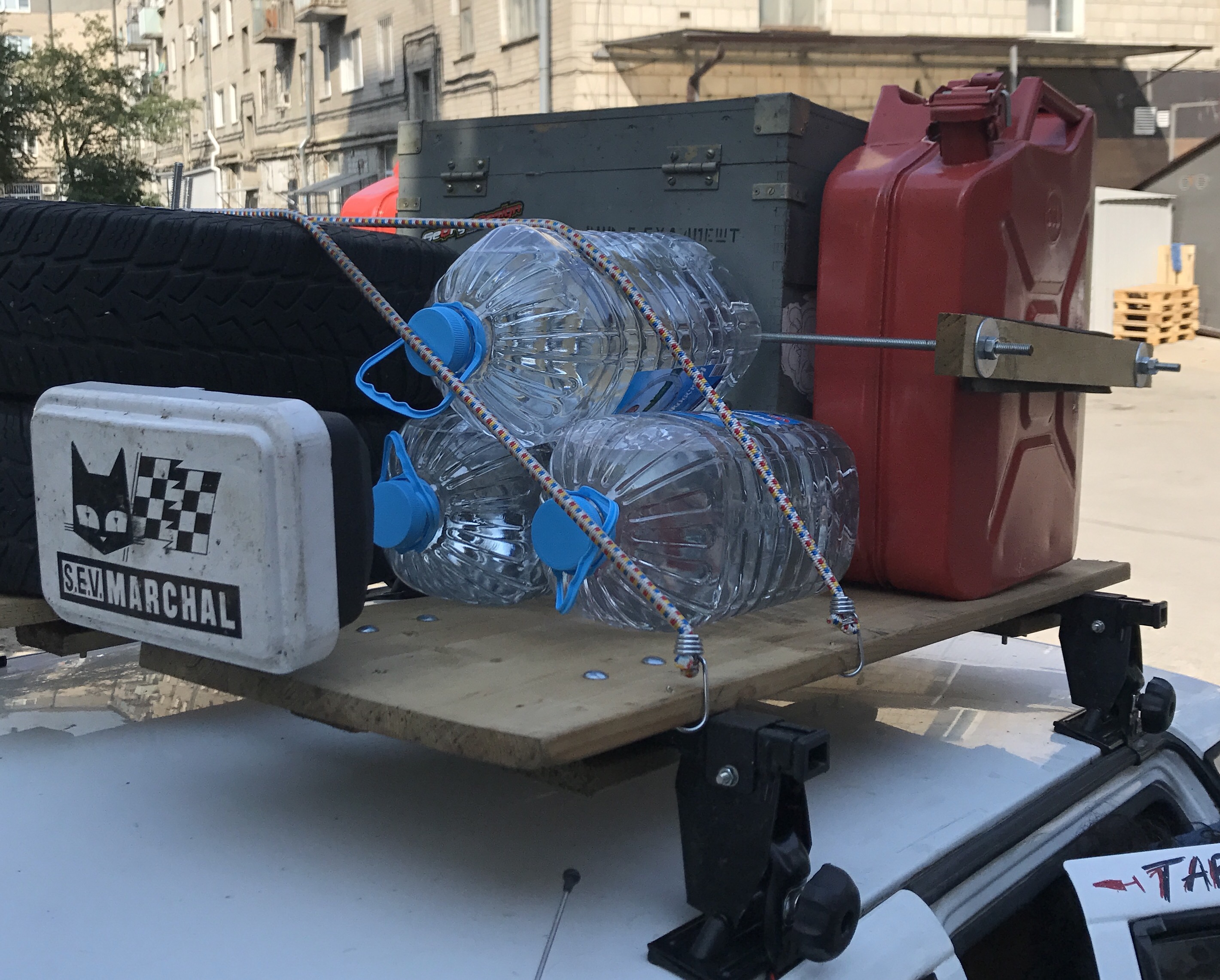 We also did some sightseeing by visiting the Mamaev Kurgan, a massive monument site commemorating the bloodiest battle in the history of humankind. Towering over the site is the giant “Motherland calls” statue, one of the largest statues in the world (twice as tall as the statue of liberty) and built on a hill on top of a mass grave with 34,000 people in it. It’s quite an impressive place and I’d highly recommend anyone coming to Volgograd to visit it. 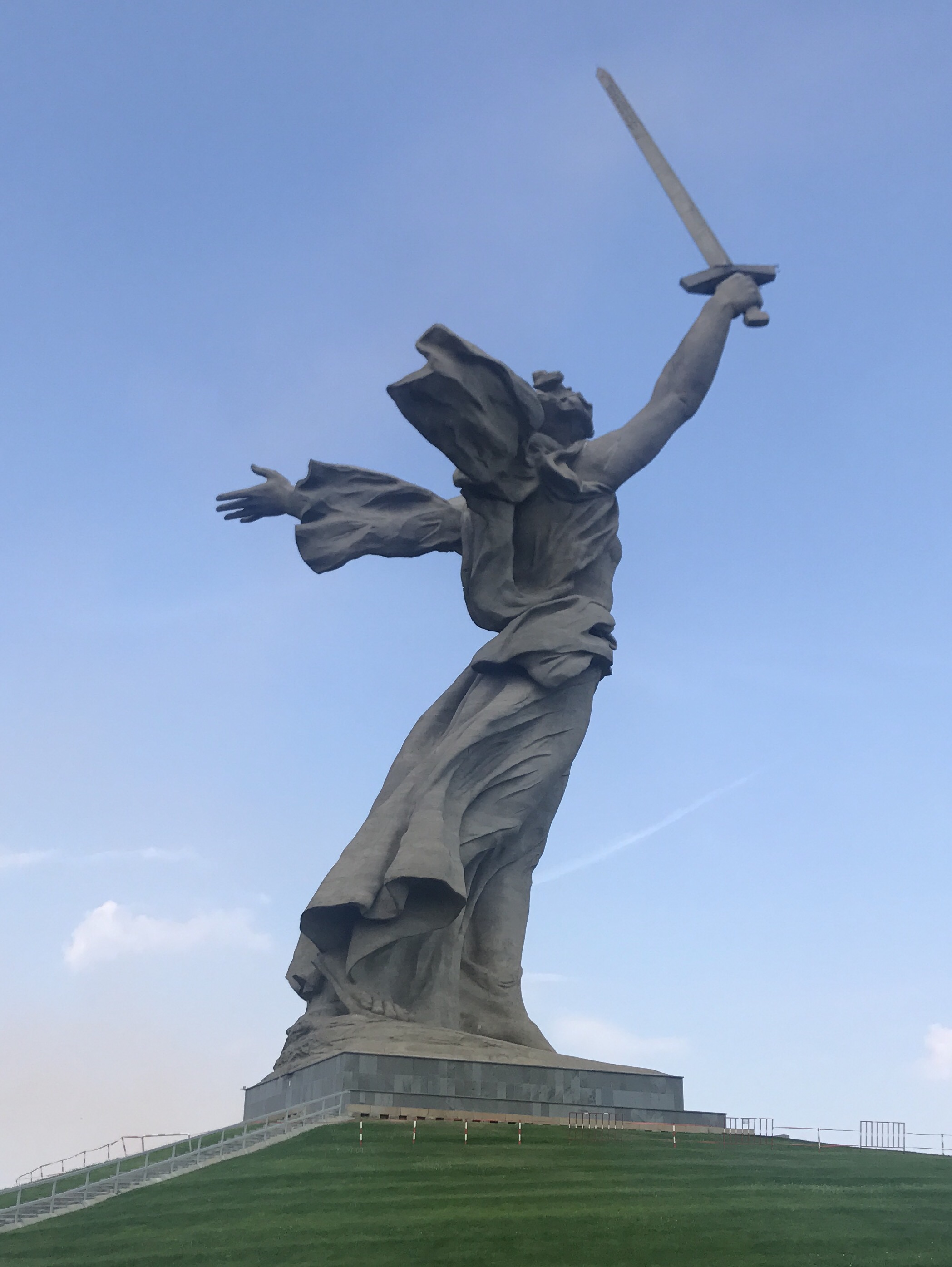 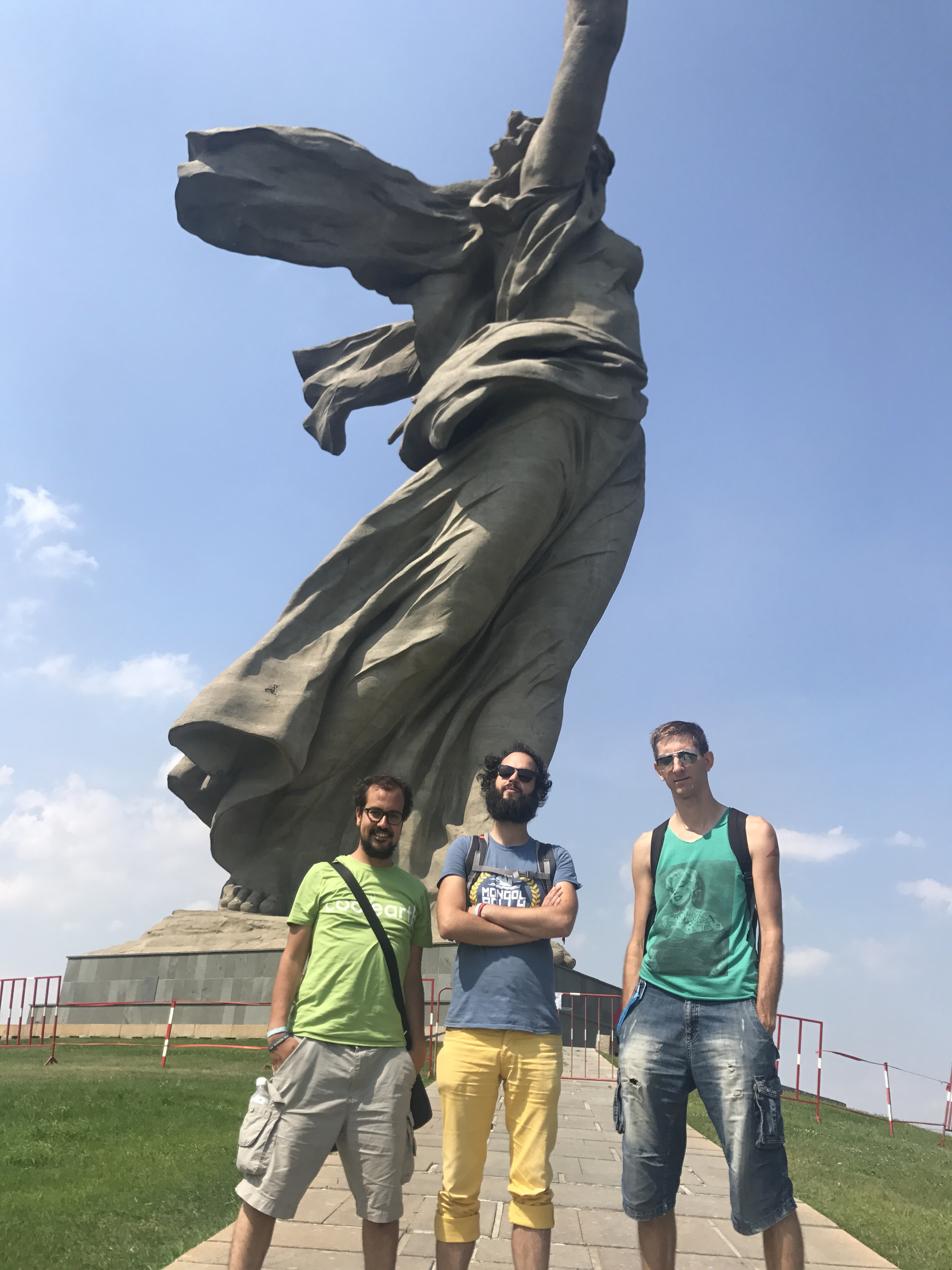 When we were done with all this, it was 6pm already. It became clear that our original plan of sleeping in Astrakhan wouldn’t quite work – we would be arriving there in the middle of the night. After Astrakhan the plan was to take the border crossing at Kotyayevka into Kazakhstan, and according to our information the border was open “during daytime hours”, whatever that means. So we decided to skip Astrakhan (i.e. just drive through it). This way we would get to the border in the very early morning, and would probably be first in line when it opened.

The drive down was quite pictoresque. The landscape became even more dry, now resembling a dried out grass steppe with almost no trees. There were almost no settlements on the way. Cutting through the landscape were rusty pipelines and other industrial-looking things that later disappeared. During one of the short breaks we watched a spectacular sunset, and later an even more spectacular night sky, with the Milky Way visible with more detail and clarity than you ever get to see in western Europe. 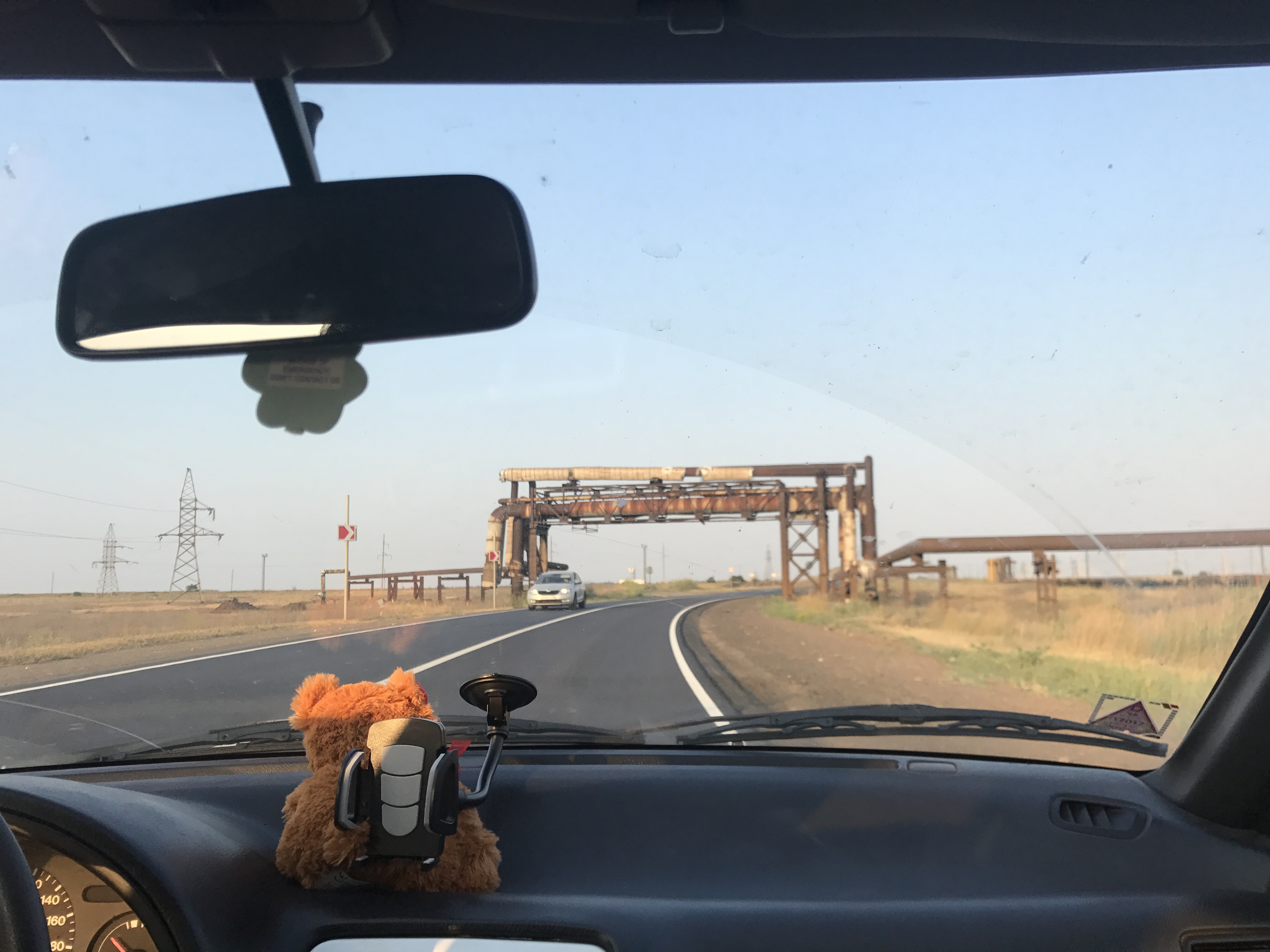 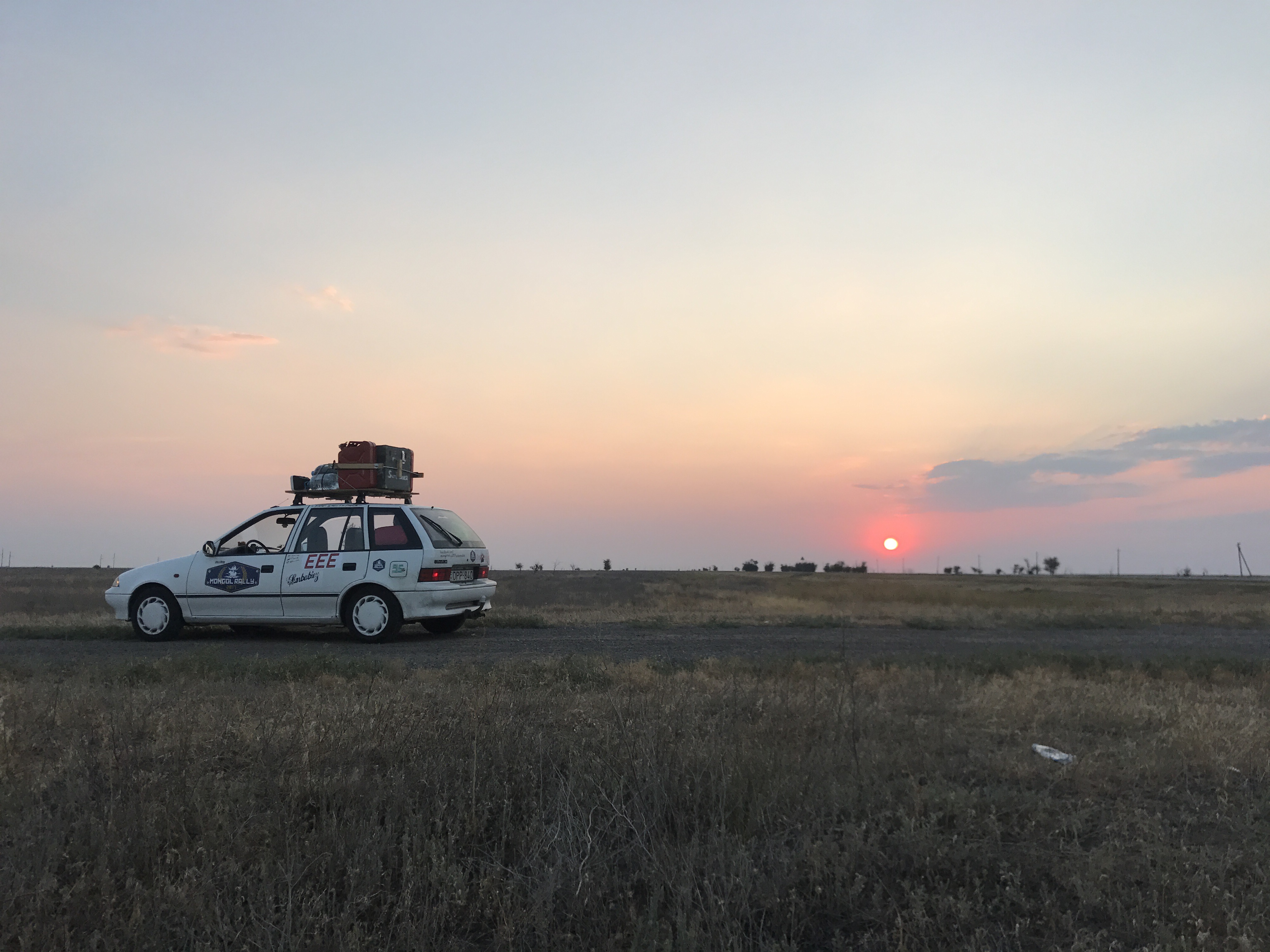 It was a surprisingly long drive from Volgograd to Astrakhan. Some stretches of the road were good, others were less great and allowed only a speed of about 60 km/h because it was difficult to spot holes in the road in the darkness, and the approaching lorries were recklessly blinding us with their full beam headlights.

We arrived in Astrakhan around 2:30am. The only eating place that was still open was a McDonalds drive in. We decided that it would be a fitting last meal before we leave Europe behind, and got some burgers and fries. Full, tired and sleep-deprived, we headed towards the border. Soon, as the first week of our Mongol Rally was about to end, we would enter Asia, and the real journey would begin.

Next blog post will be from Kazakhstan! That is, povided we can find a place with reliable WiFi. Because the days of phone reception and roaming will definitely be over…