Today the Rally finally started for us – it was the night of the famous Czechout party in Prague! This is where all Mongol Rally teams meet, after most have launched in Goodwood, London, and some (like us) in other places.

We got up bright and early and packed everything into the car. It all fit in really nicely: 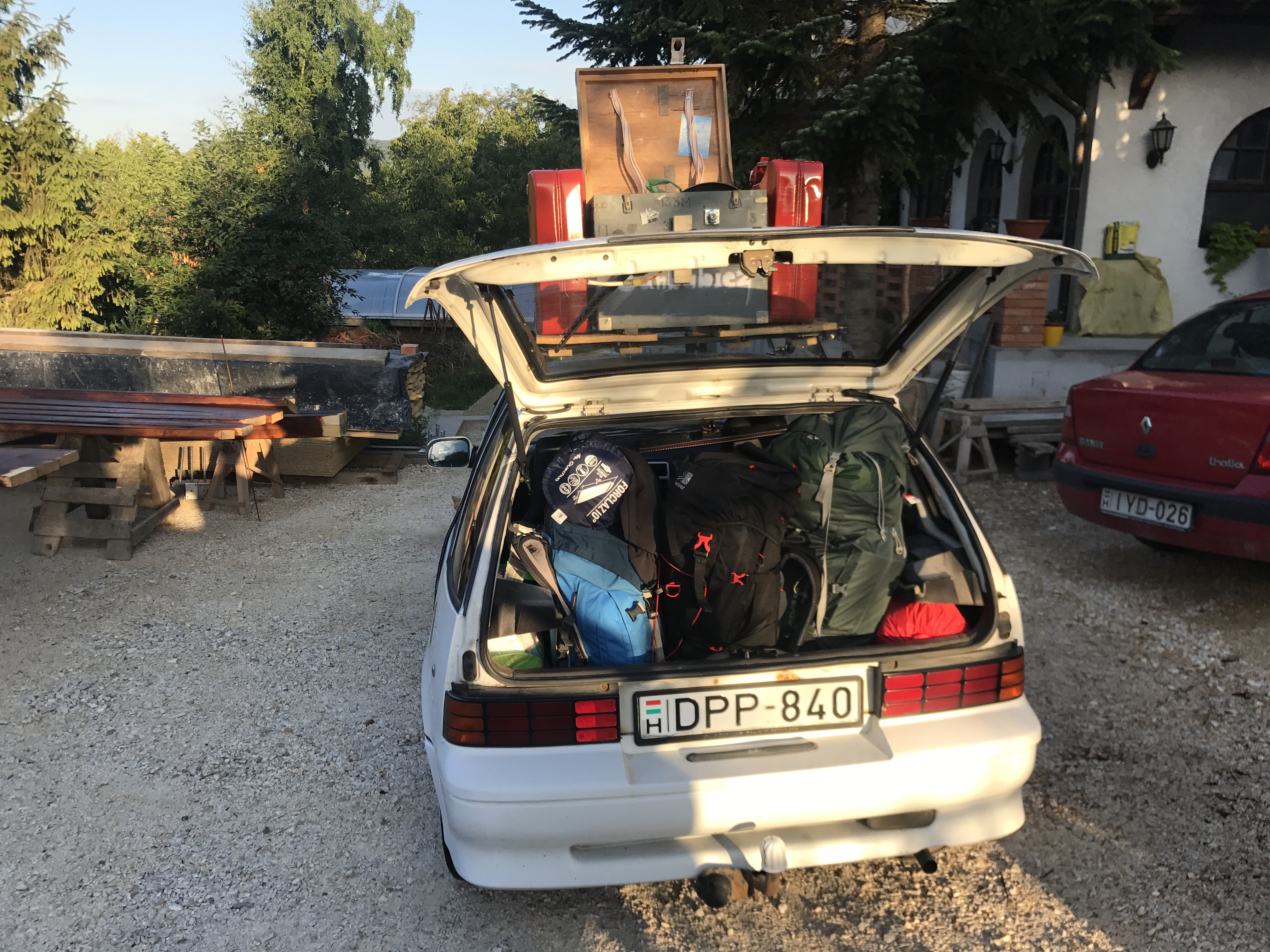 What followed was a weirdly boring and uneventful 7 hour drive to Prague. We still have to find the right groove! We arrived around 3pm and were greeted by the Adventurists registration desk: 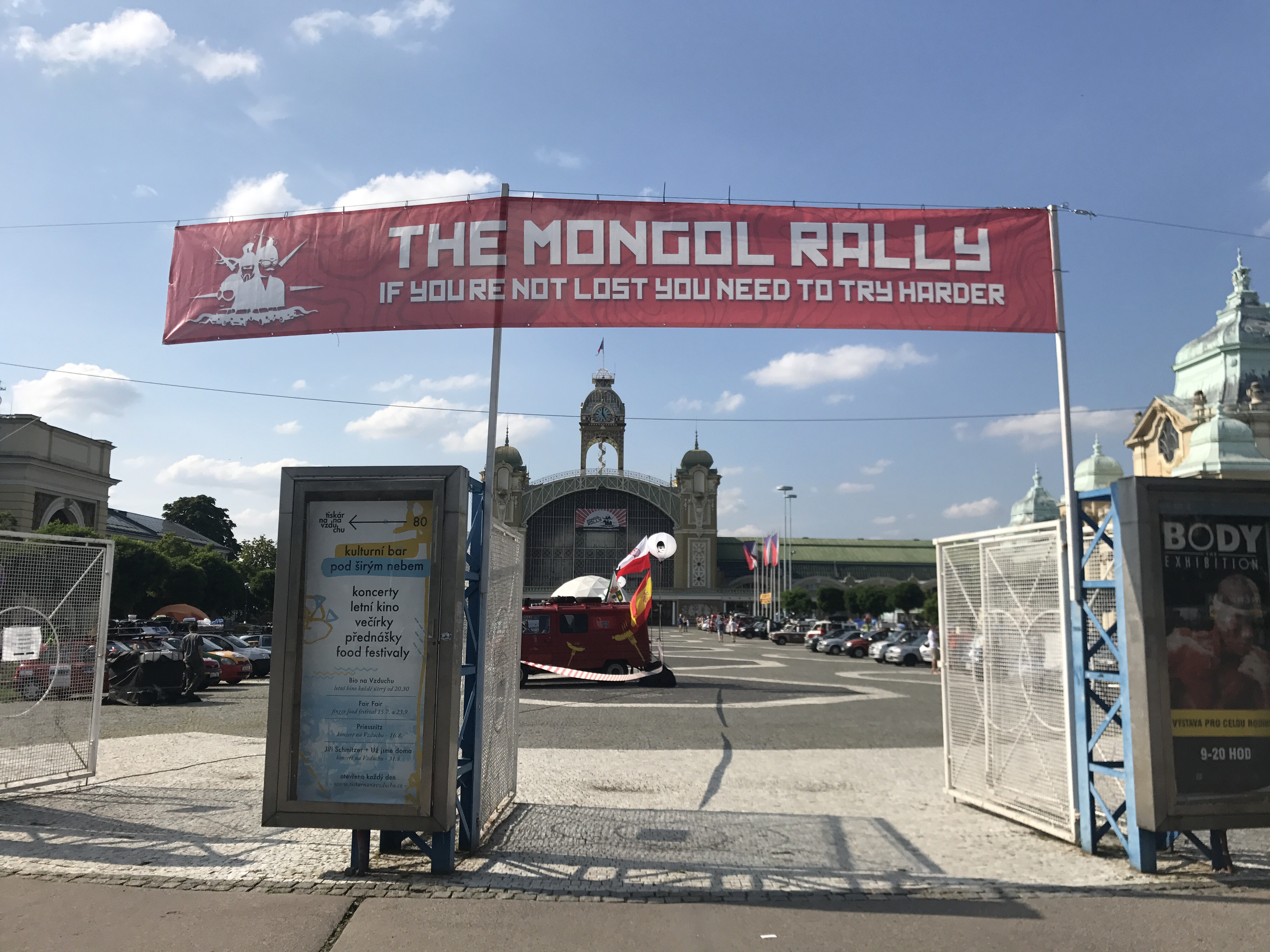 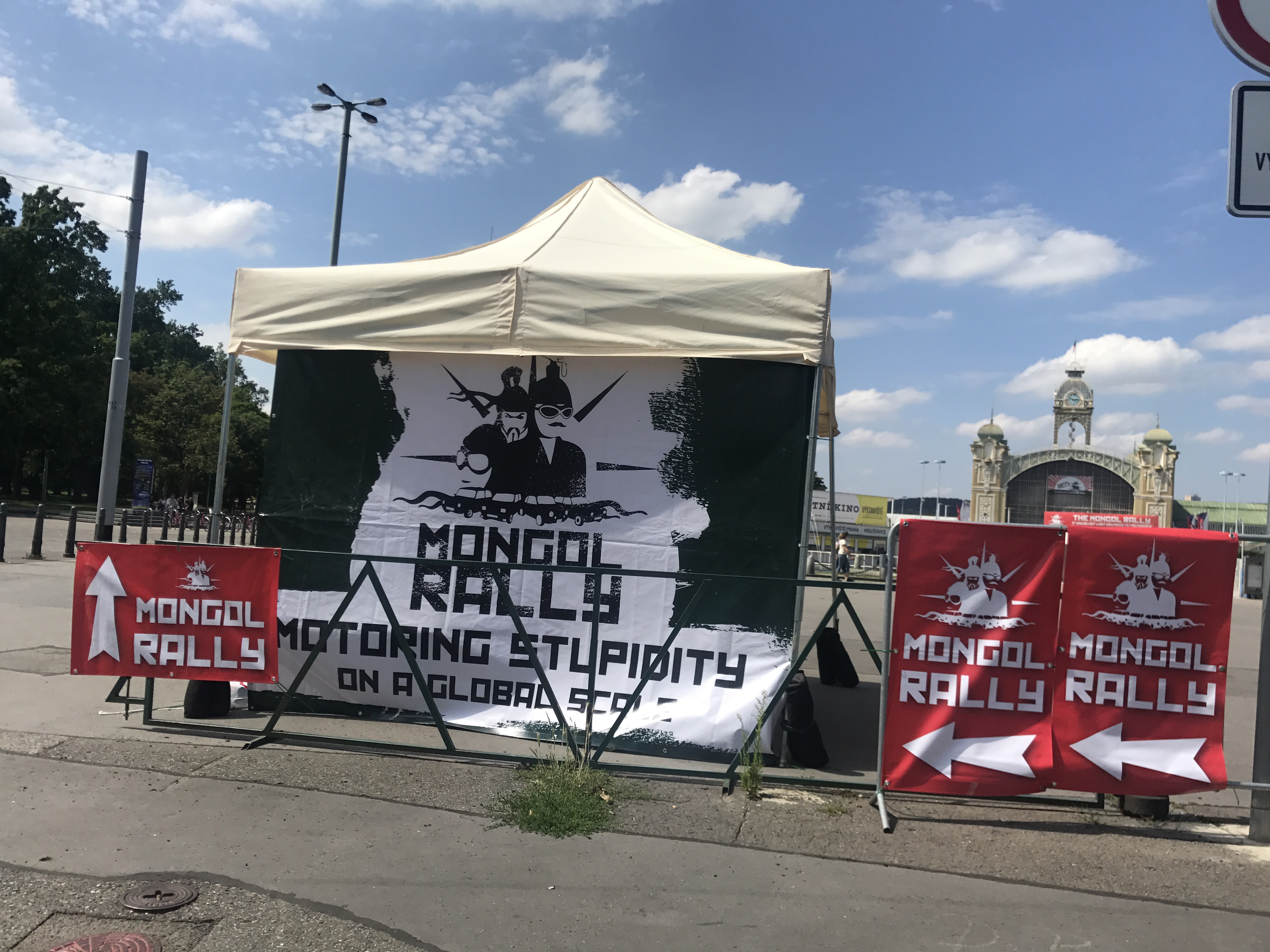 They took our details and assigned a camping spot to us. The party was in the parking lot of the “Industrial Palace”, where hundreds of Mongol Rally cars were already lined up and people were pitching their tents and chilling out. A DJ was playing weird Balkan dance music. We pitched our tent, made some tea for Zsolt (who suffers from a slight cold), and went for a walk to inspect some of the other vehicles. 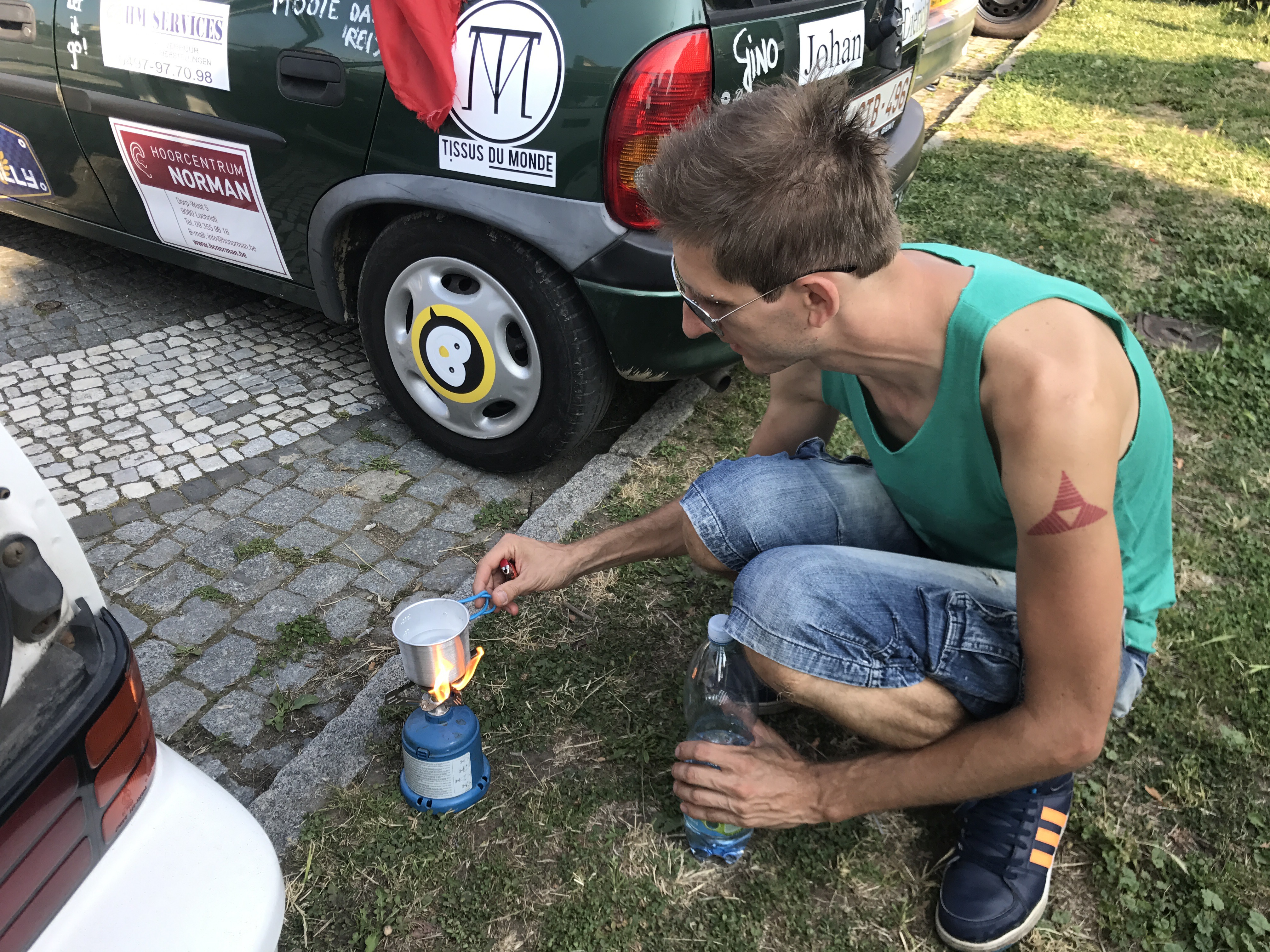 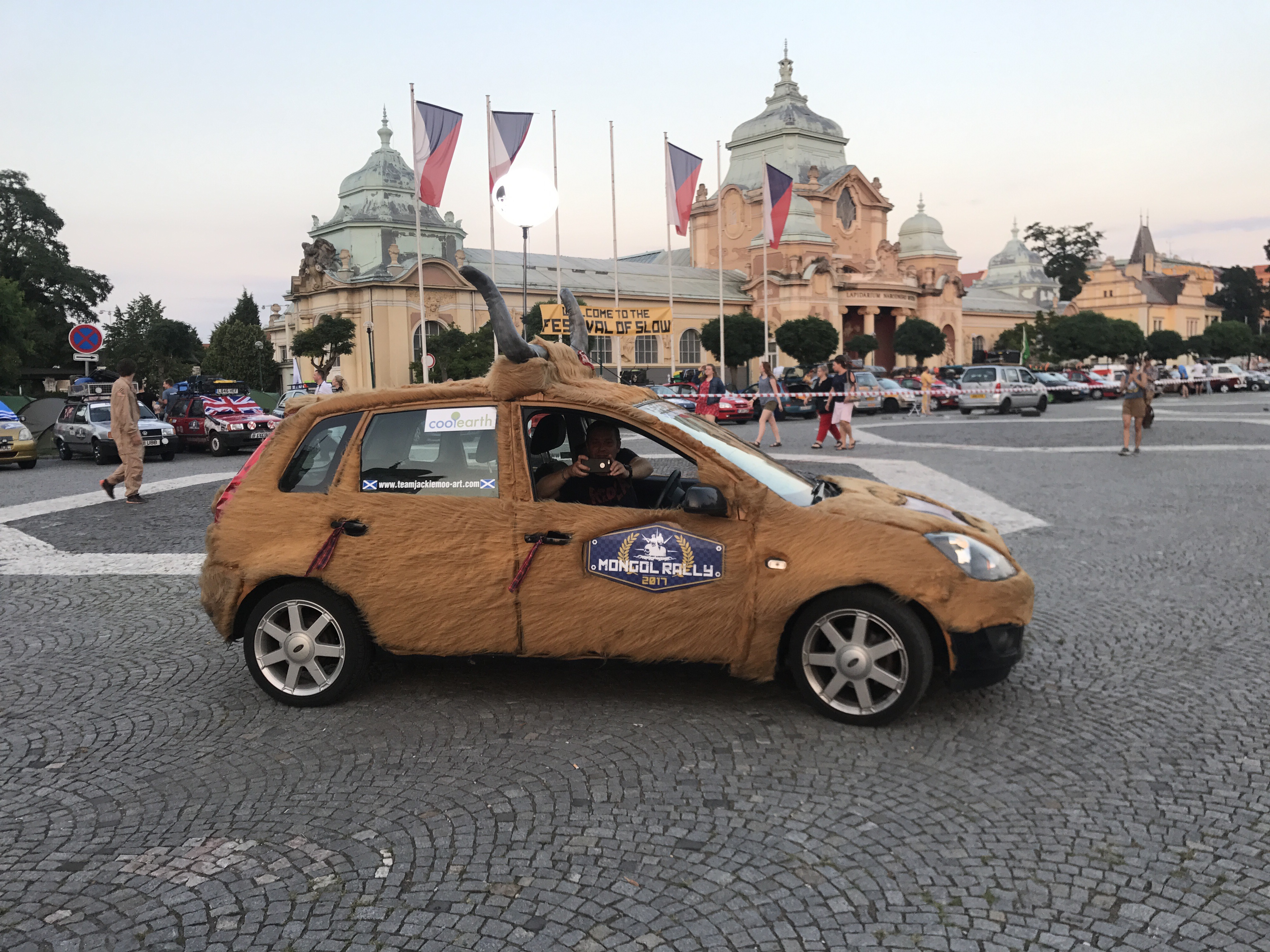 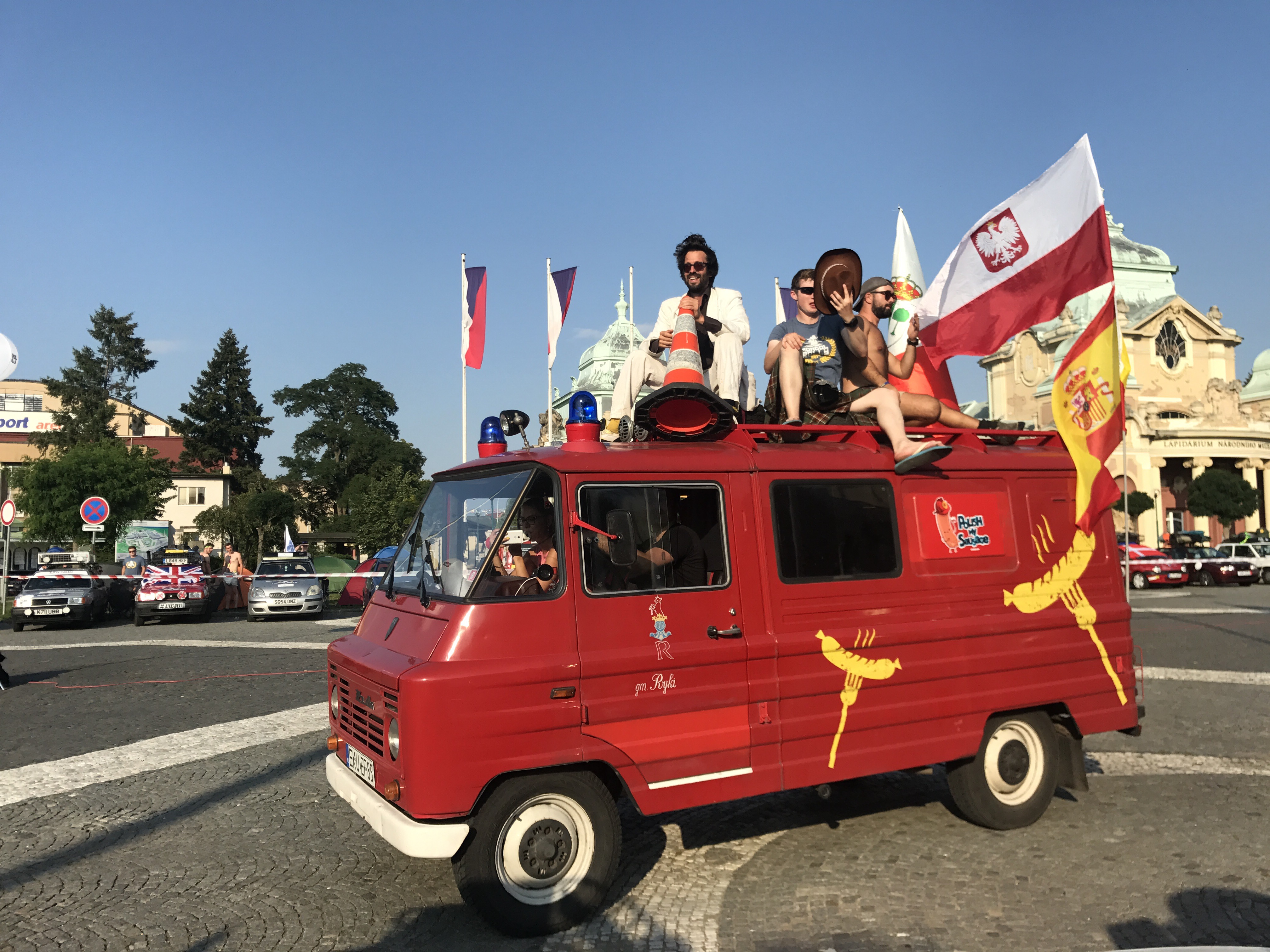 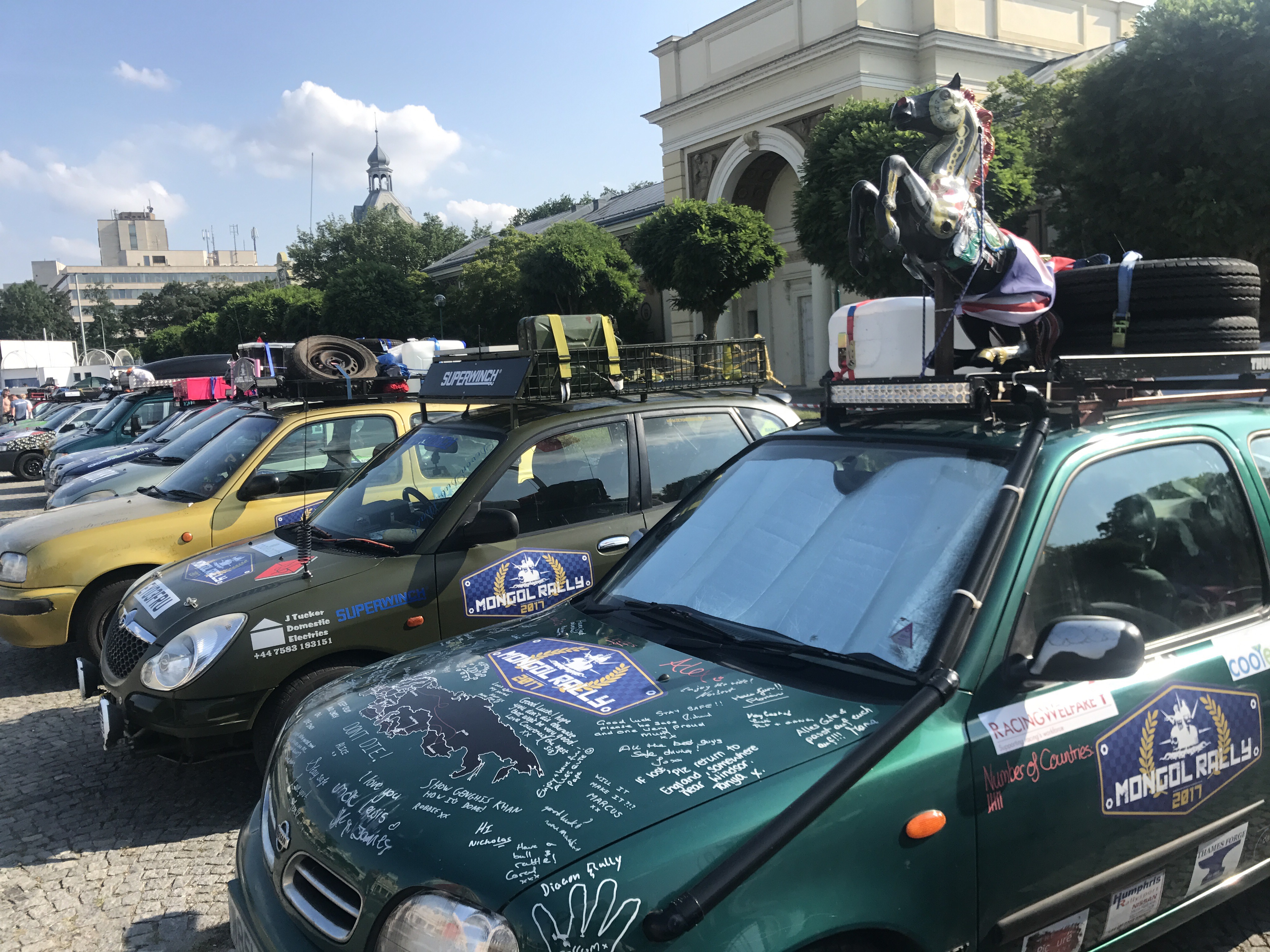 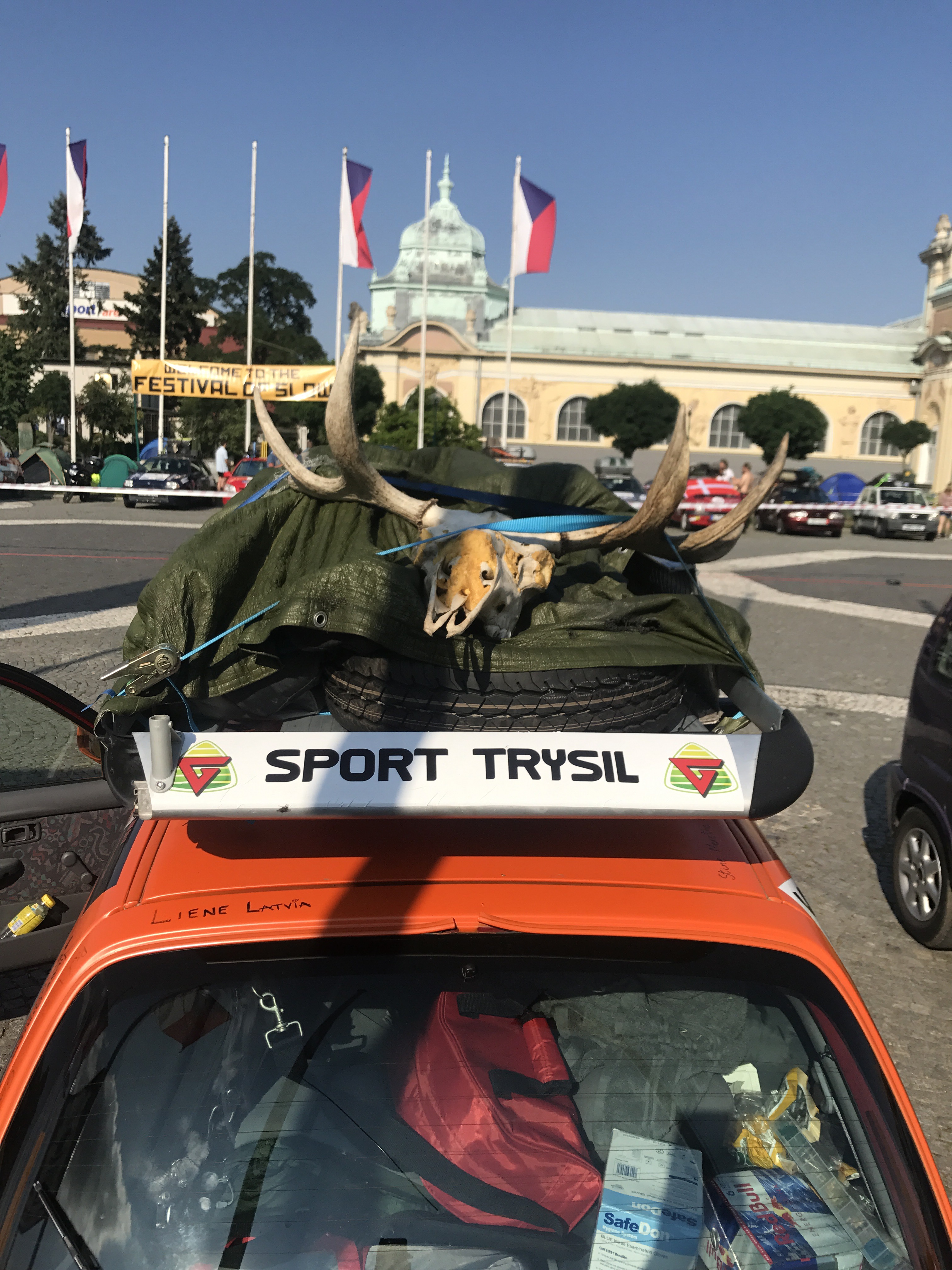 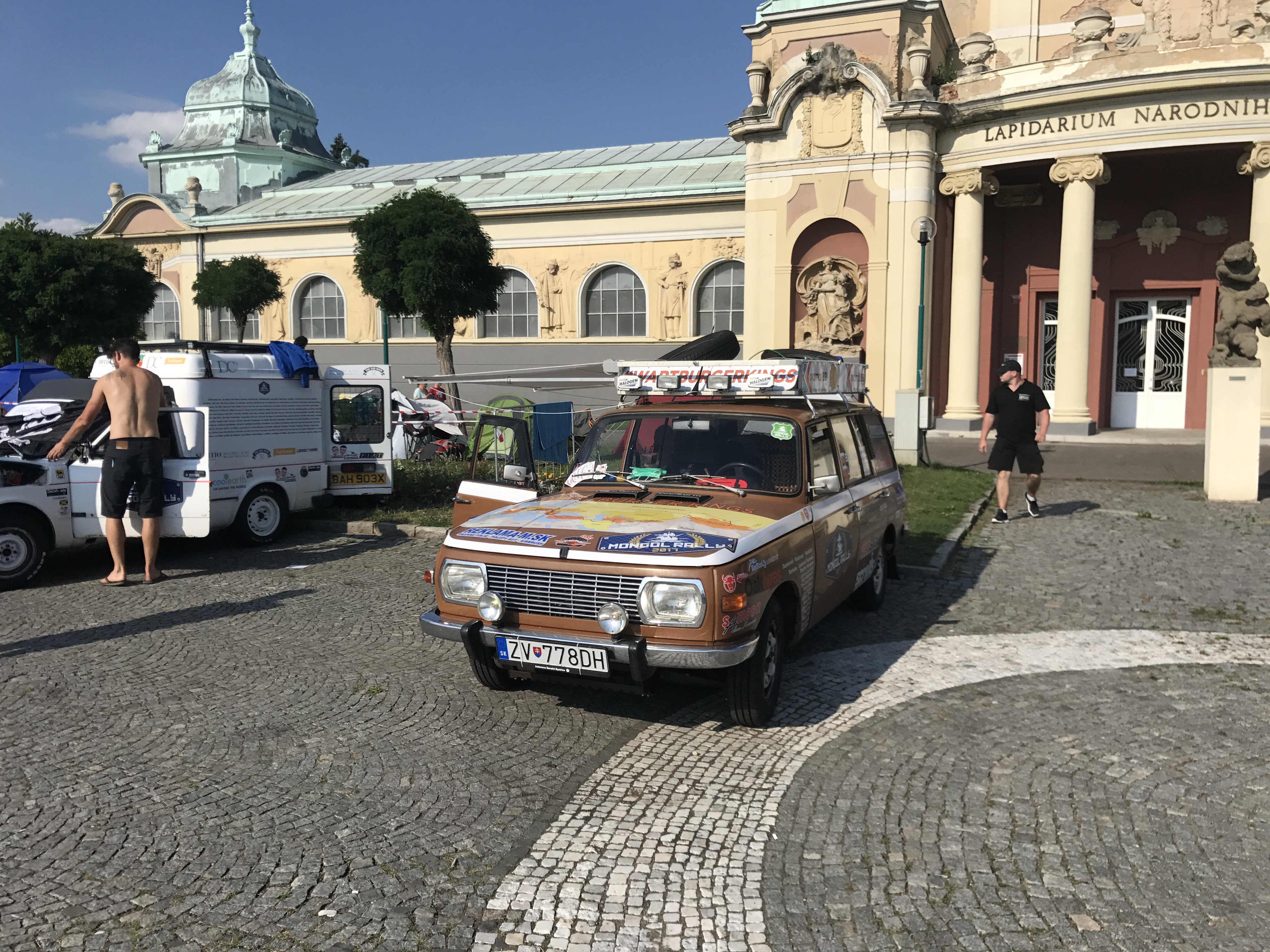 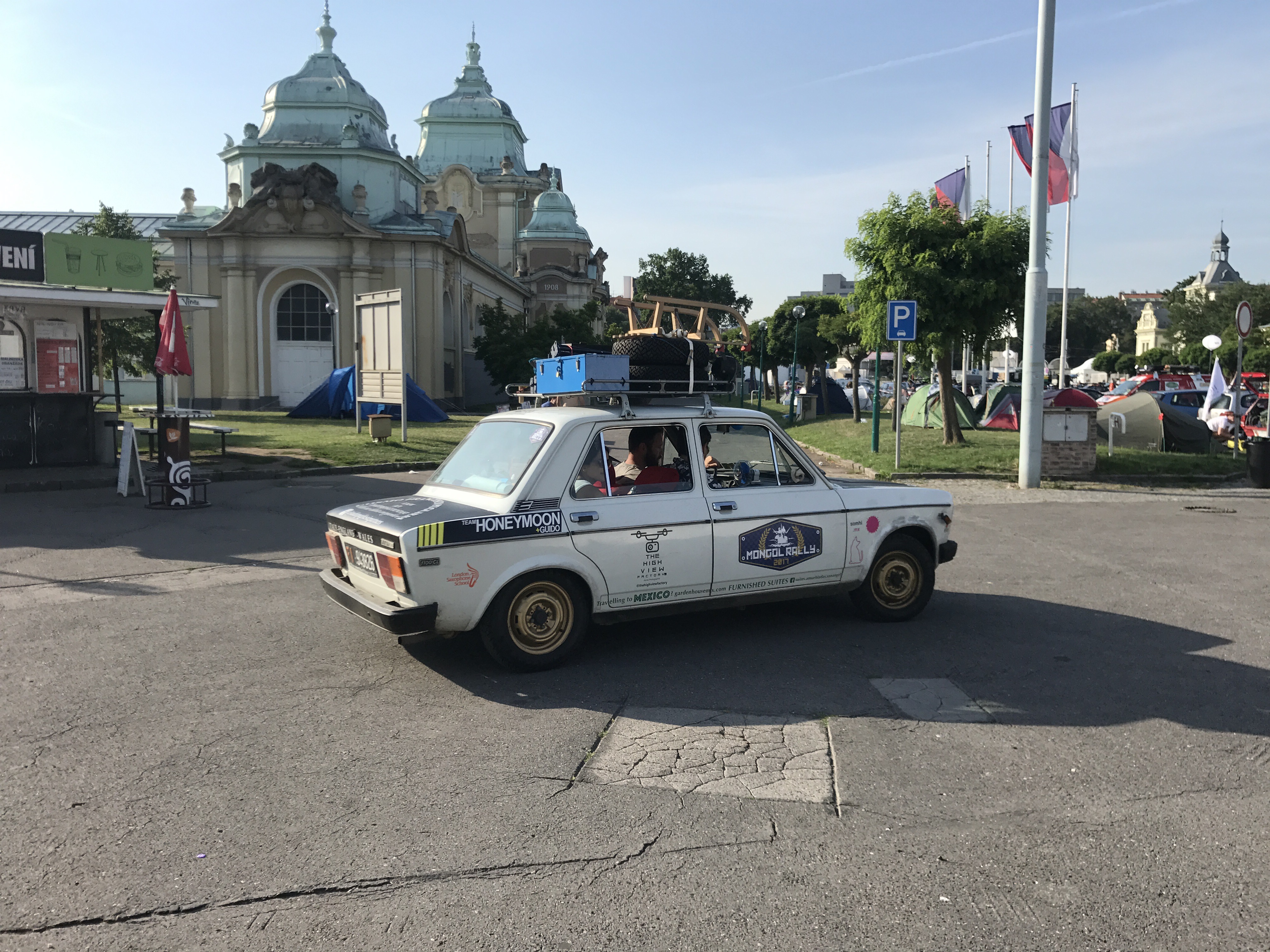 We are the only Suzuki Swift as far as we can tell. Apart from our own little Swift, my favourites were probably the furry cow car and the “polish my sausage” fire truck. But there is so much creative stuff going on on many cars!

After we were done with the tent and had some food, the party started. We met a lot of awesome people from all around the world who were all doing the Rally using different routes. Almost everyone else goes to Romania (there will be an Adventurists-sponsored beach party there) and Turkey. We are skipping all of this and instead will head straight east towards Ukraine. So we probably won’t see much of the other teams until the Door to Hell or the Pamirs, which is where many people are going.

The party was pretty awesome, with a silly speech/contest from the roof of the sausage truck, many Rallyers in silly costumes, an atmospheric fire show, great burgers and lots and lots of cheap beer. When we eventually crawled back into our tent around 1am, the music and party was still going strong. Overall, the Czechout was a great success! Thanks to the Adventurists! 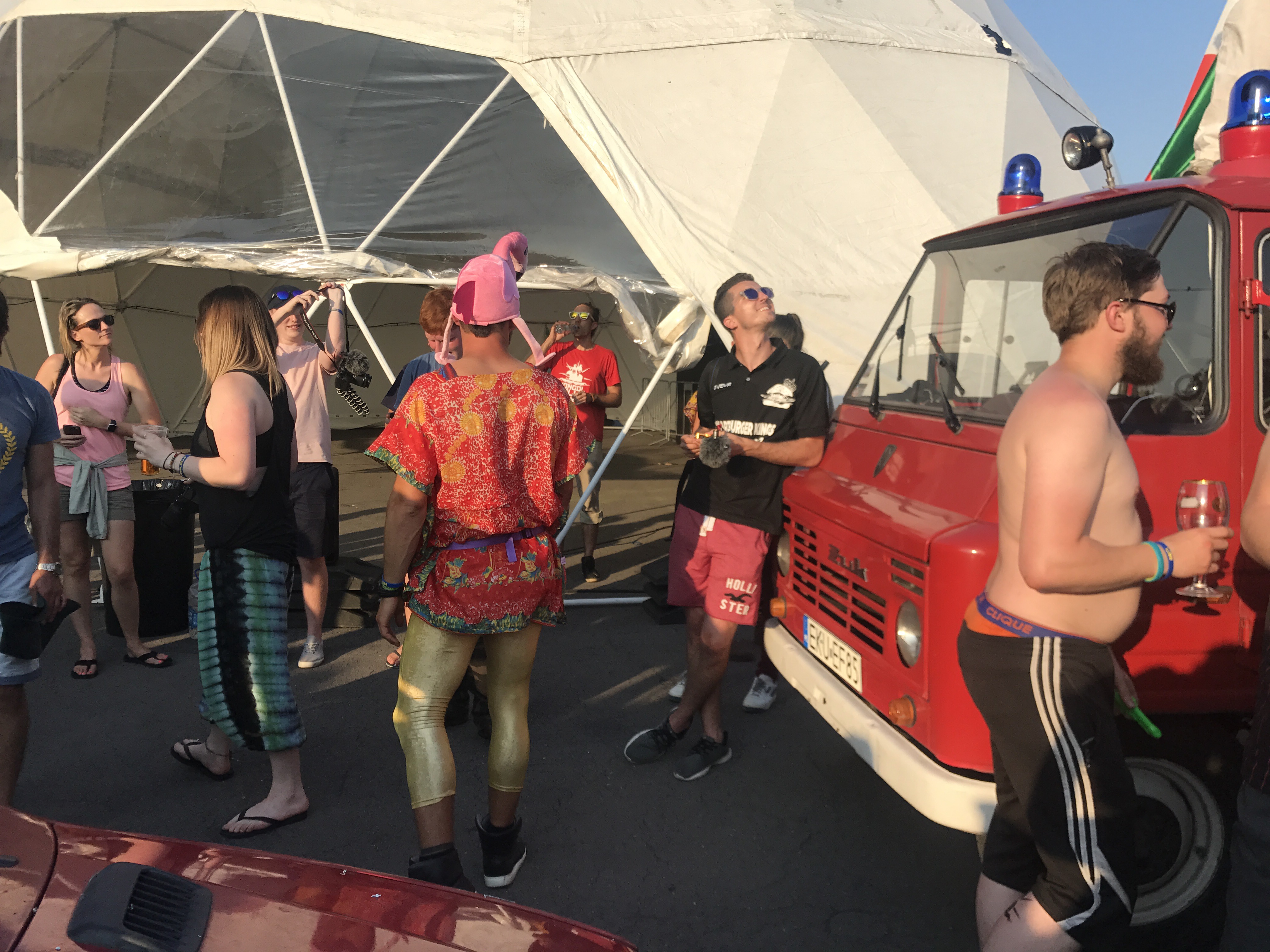 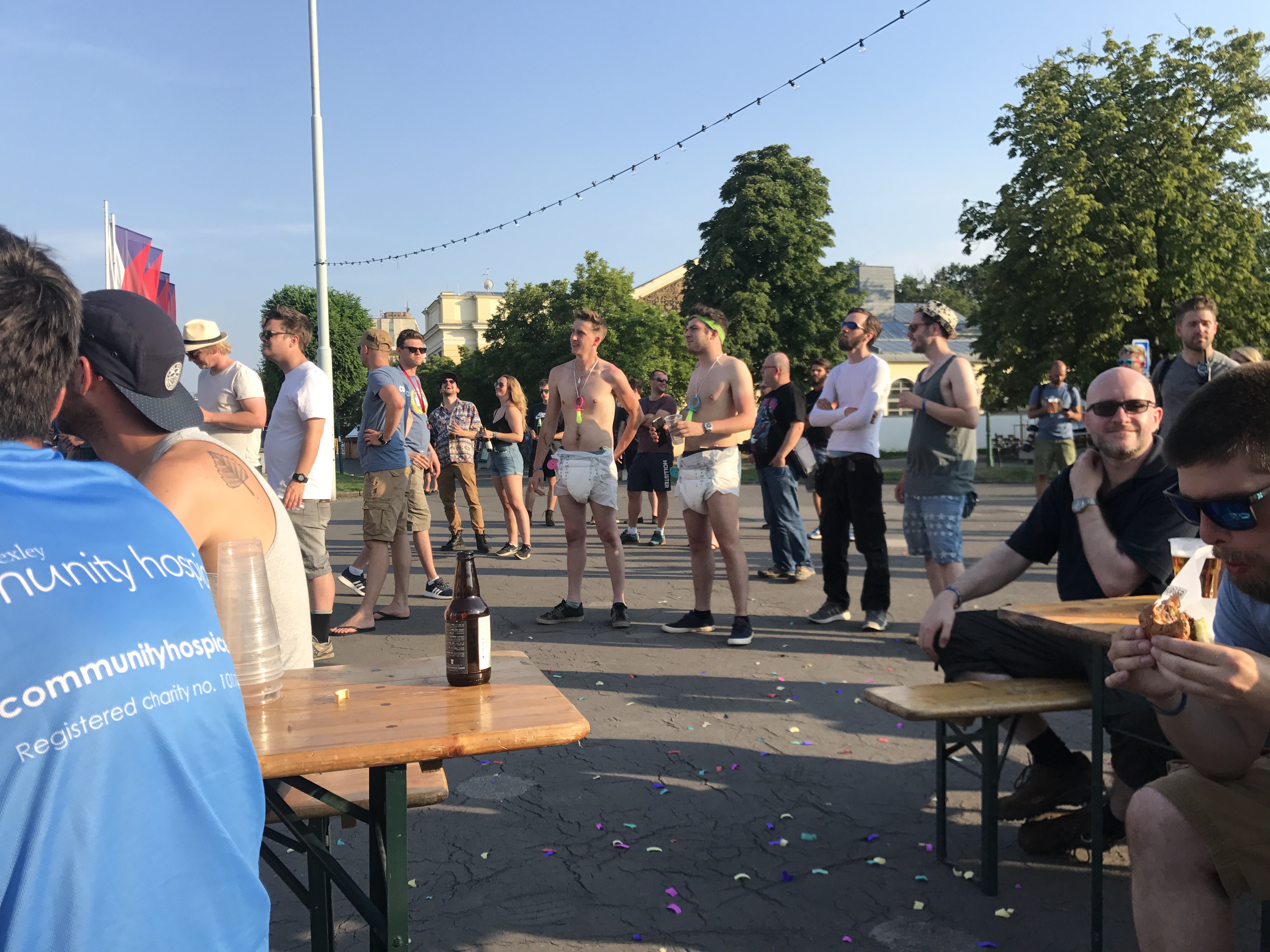 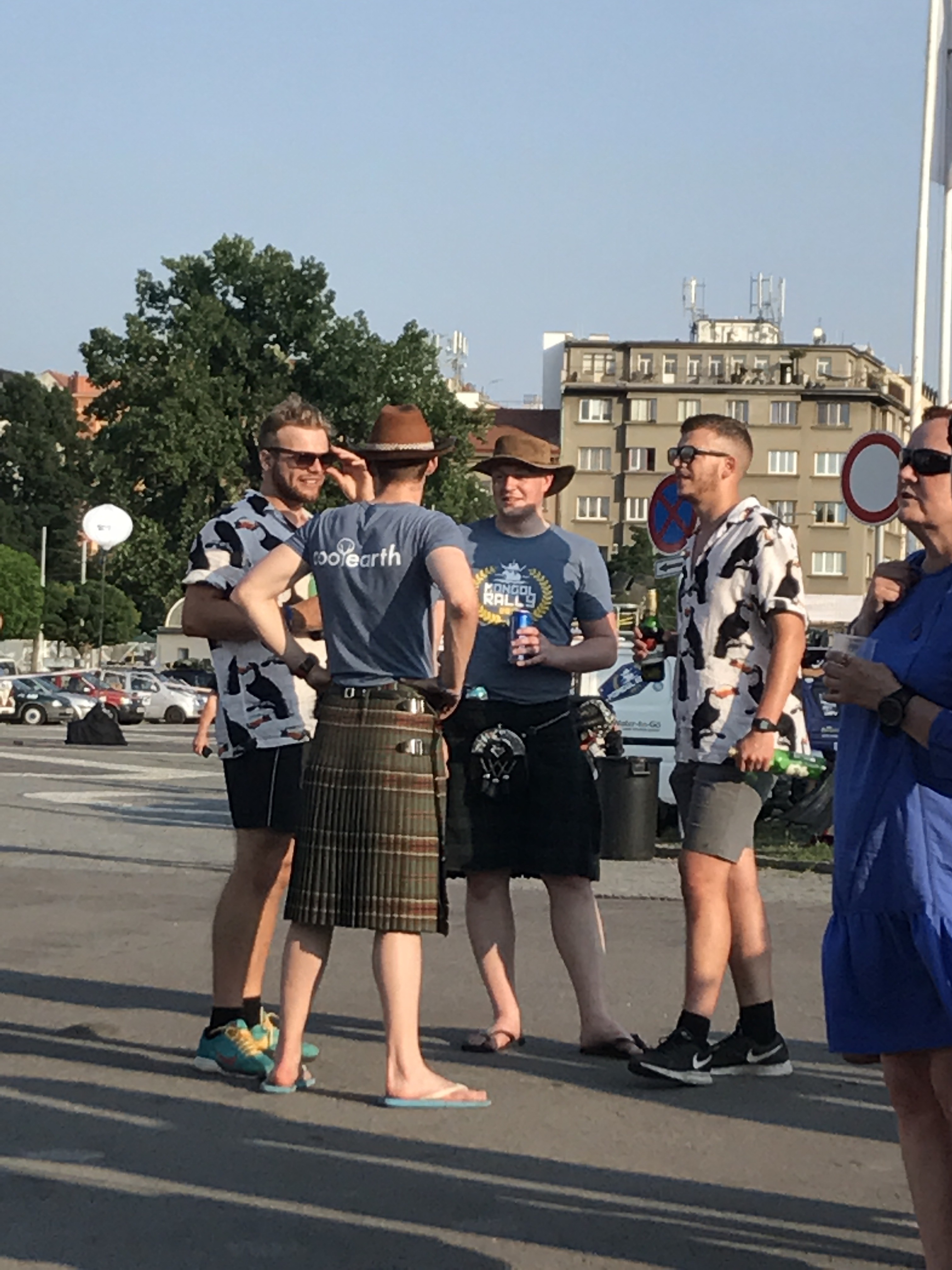 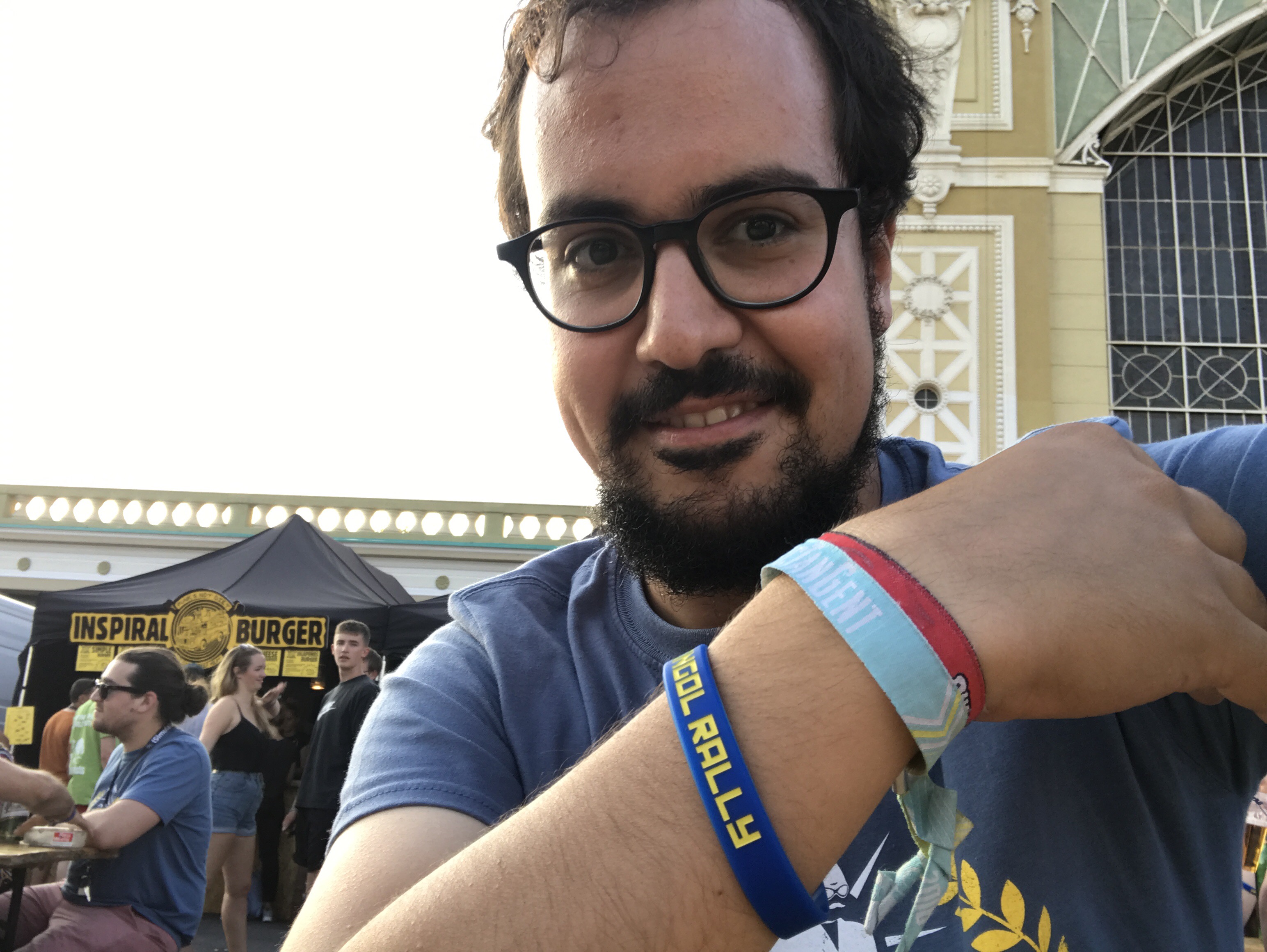 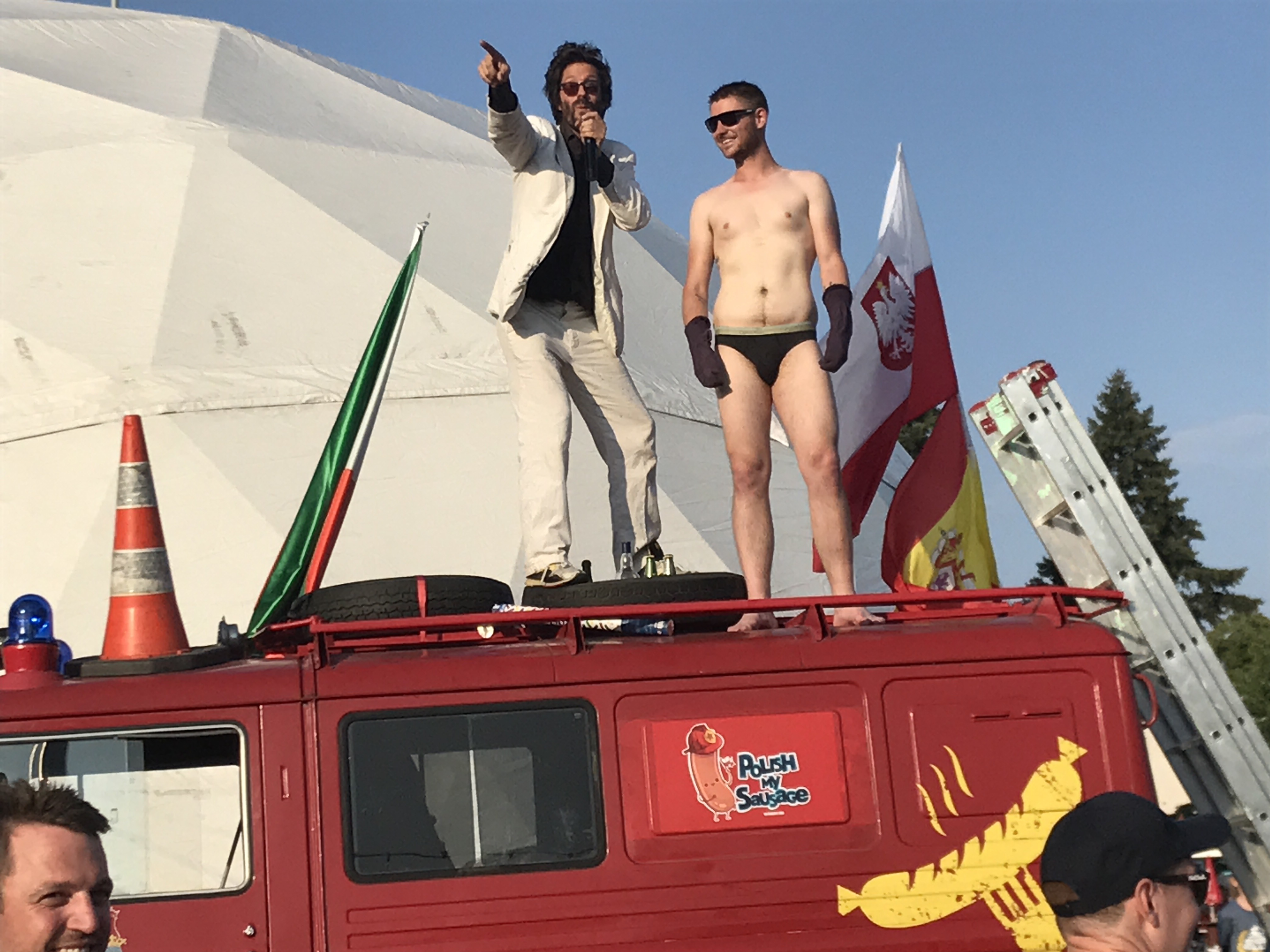 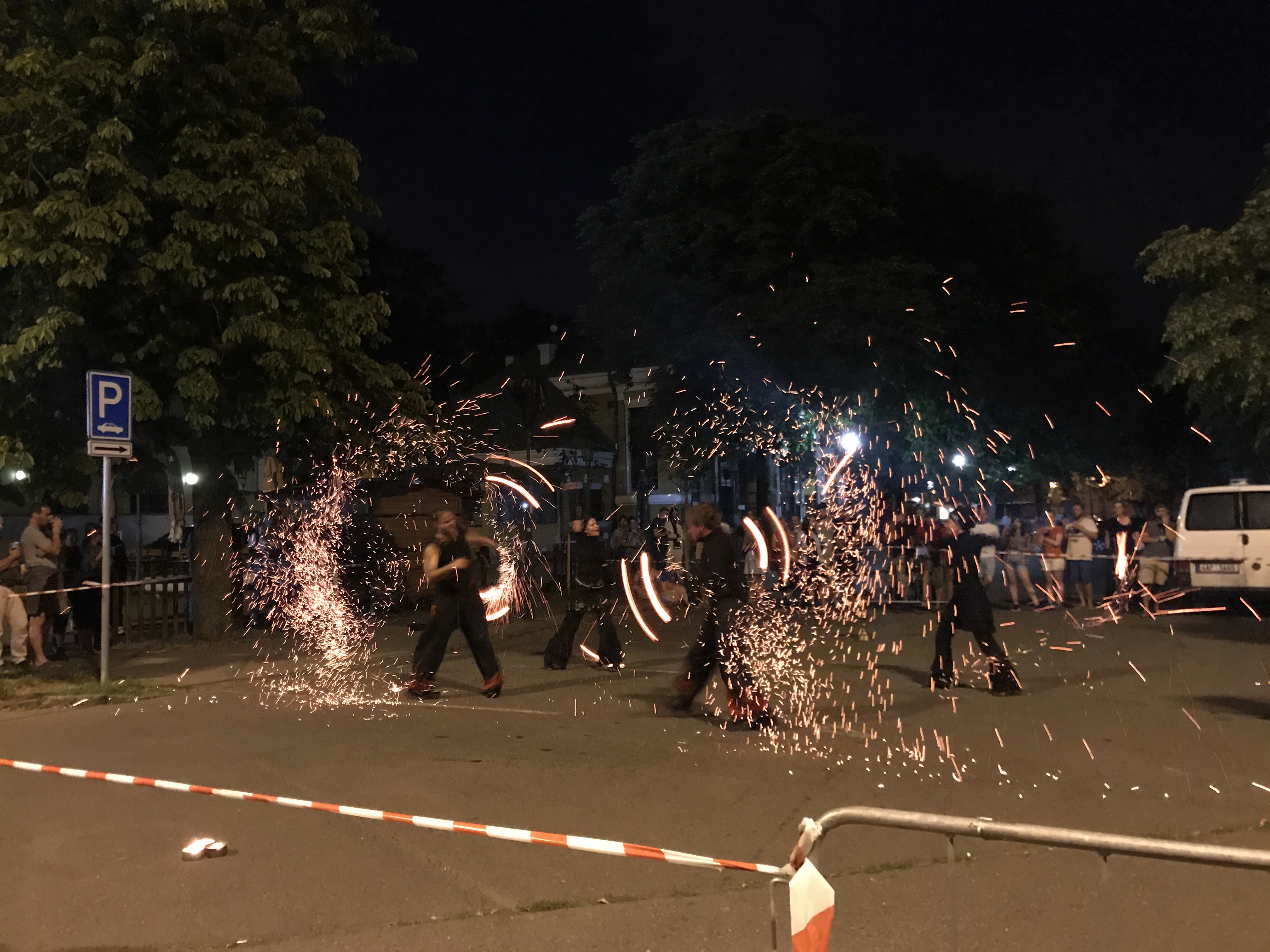 Tomorrow we will be heading towards Ukraine (hopefully not too hungover).